Have you ever wondered what gear a photographer going on an Antarctic expedition would need to take with them? New Zealander John Bozinov gives us an insight into the gear he’s taking for a three-month trip to Antarctica in this stylistic photograph: 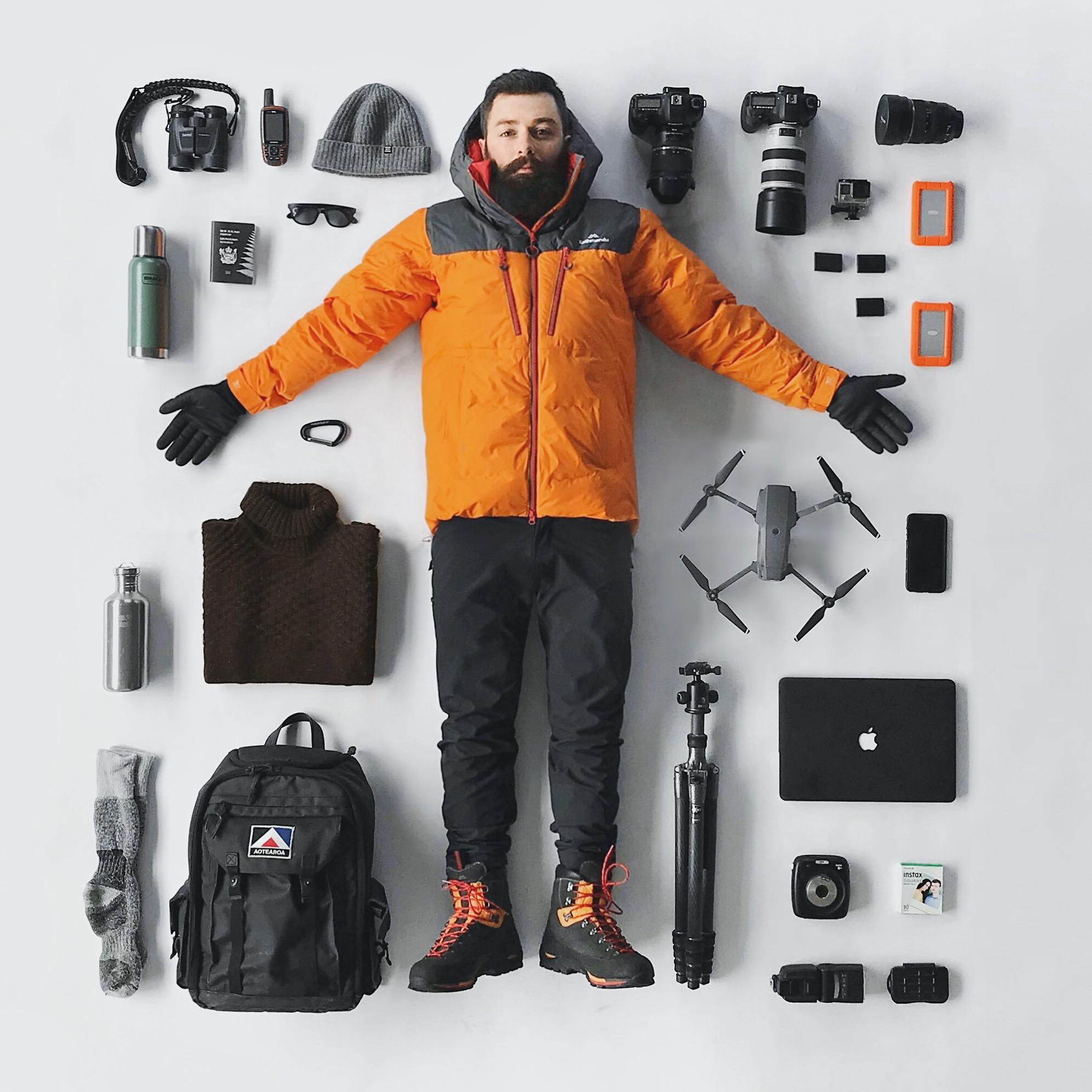 Essentials for my Upcoming Season as an Antarctic Expedition Photographer. (Via Reddit. Click image to see full size.)

Obviously, he’s taking a lot more warm clothing with him than the few items in the photo, but the amount and type of photography gear he’s taking is what’s of interest to us!

Bozinov is away on an expedition to the Antarctic peninsula and South Georgia for approximately three months, so his gear has to be reliable and able to work in challenging conditions.

He’s taking two Canon 5D Mark III bodies, a Canon 70–300mm lens, Tamron 24—70mm lens, and a Tamron 15–30mm lens. You may be wondering why he’s taking the older Mark III cameras, instead of the newer Mark IVs, but he took a Mark IV to Antarctica last year, and it got destroyed in a few days with water damage. Apparently Bozinov finds the Mark III bodies to be more robust in that way.

For film fans, Bozinov is taking an Instax film camera with a fixed wide-angle lens. He doesn’t use it much—mostly for landscapes and occasional shots of penguins—but he likes the tactile nature of holding an instant print, and he used to use a Polaroid 600 camera.

Add a sturdy tripod, flashgun, drone, laptop, and sundry other small camera accessories, and Bozinov is all set to go.

One response to “Interesting Photo of the Day: Antarctic Expedition Essentials”