Fuego is an active volcano about 16 kilometers west of Antigua, one of Guatamala’s most famous cities. It is known for erupting frequently at a low level with small gas and ash eruptions occurring almost every 15 to 20 minutes. Photographer Martijn Hermans stayed up all night to photograph the volcano erupting and it definitely paid off: 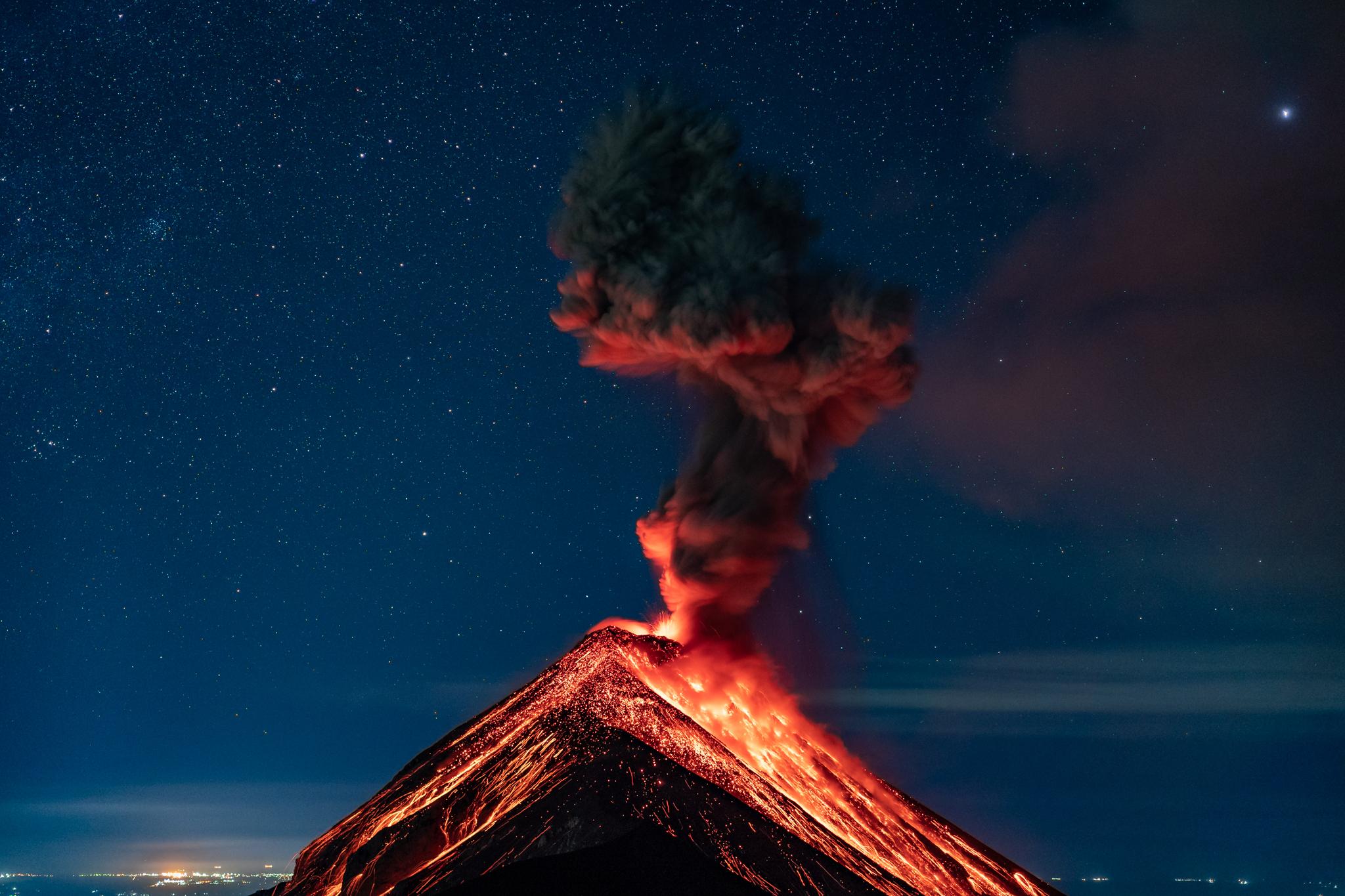 “I stayed up all night to catch a few stunning eruptions, and when I say stunning I mean literally stunning. Such an eruption goes through your soul. A deep and low rumbling that just hits you in a way only mother nature can. Inarguably one of the most insane things I’ve ever witnessed.

It was just toward the end of November 2018 when this erupting volcano forced thousands of families to evacuate. And considering that Hermans captured the photo less than a month after the eruption, it must have been an exhilarating experience.

As thrilling as the experience was for him, the image in itself is quite a marvelous one. The bright red lava from the volcano at the center, the clear starry sky at the top, and the city lights at the bottom altogether make for an interesting combination.