Including patterns in the frame is a basic composition guide that everyone comes across when starting their photography journey. It’s quite a powerful tool as well. Symmetrical and even unsymmetrical patterns do a great job of adding an interesting look to the image. That’s mostly because of the fact that they’re so visually engaging. Have a look at the following image by photographer Demas Rusli. It literally takes the usage of patterns in photography to the next level: 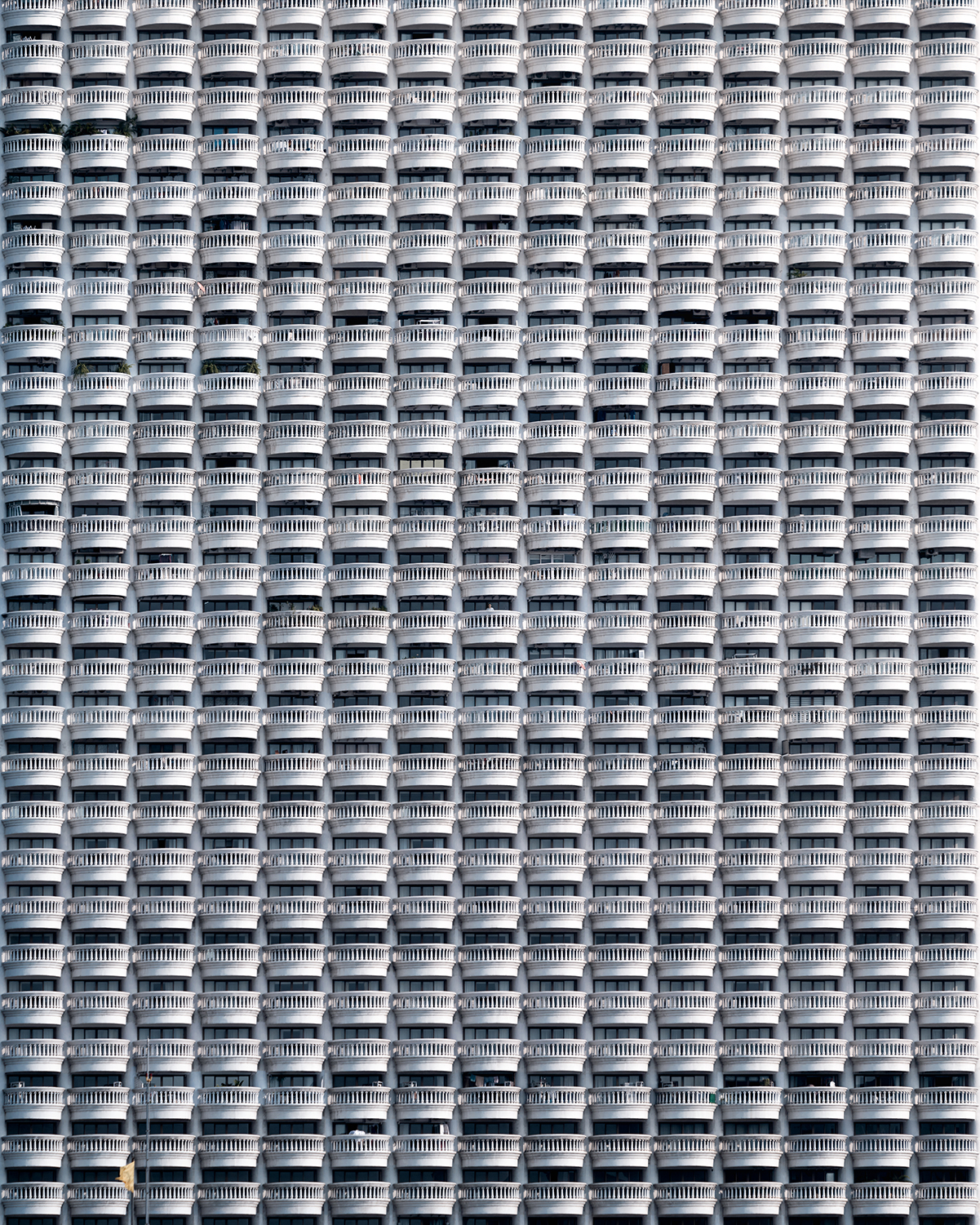 Rulsi took this image of the State Tower in Bangkok with his Sony A7RIV and 70-200mm f/2.8 lens. In order to avoid perspective distortion, he himself got high up on another balcony of a shopping mall.

It’s stunning how the balconies are identical and give quite an aesthetically pleasing look to the image. And if you think about it, the image also conveys some serious themes. For instance, some people might feel almost suffocated just looking at the image. The vibe is that of a stifling concrete jungle where there’s no open space to breath – or even express some individuality. Then again, you might just think of it as a human version of a beehive.

And quite interestingly, if you look closely, you can see that there’s a person at the dead center of this image. Even that can be interpreted to have a powerful meaning. It almost alludes to an immense sense of loneliness for the person amidst the endless sea of balconies.

What are your thoughts on this image?

One response to “Interesting Photo of the Day: Endless Balconies”