Deep space is full of astonishing celestial bodies. A nebula, for instance, is a collection of dust and gases that functions as a nursery where many stars are born. And interestingly, many nebulae are popular because their shape resembles an animal – the Eagle Nebula is a very popular one, for instance. Photographer William Burns took the following image of a nebula that resembles an elephant’s trunk and it’s simply gorgeous: 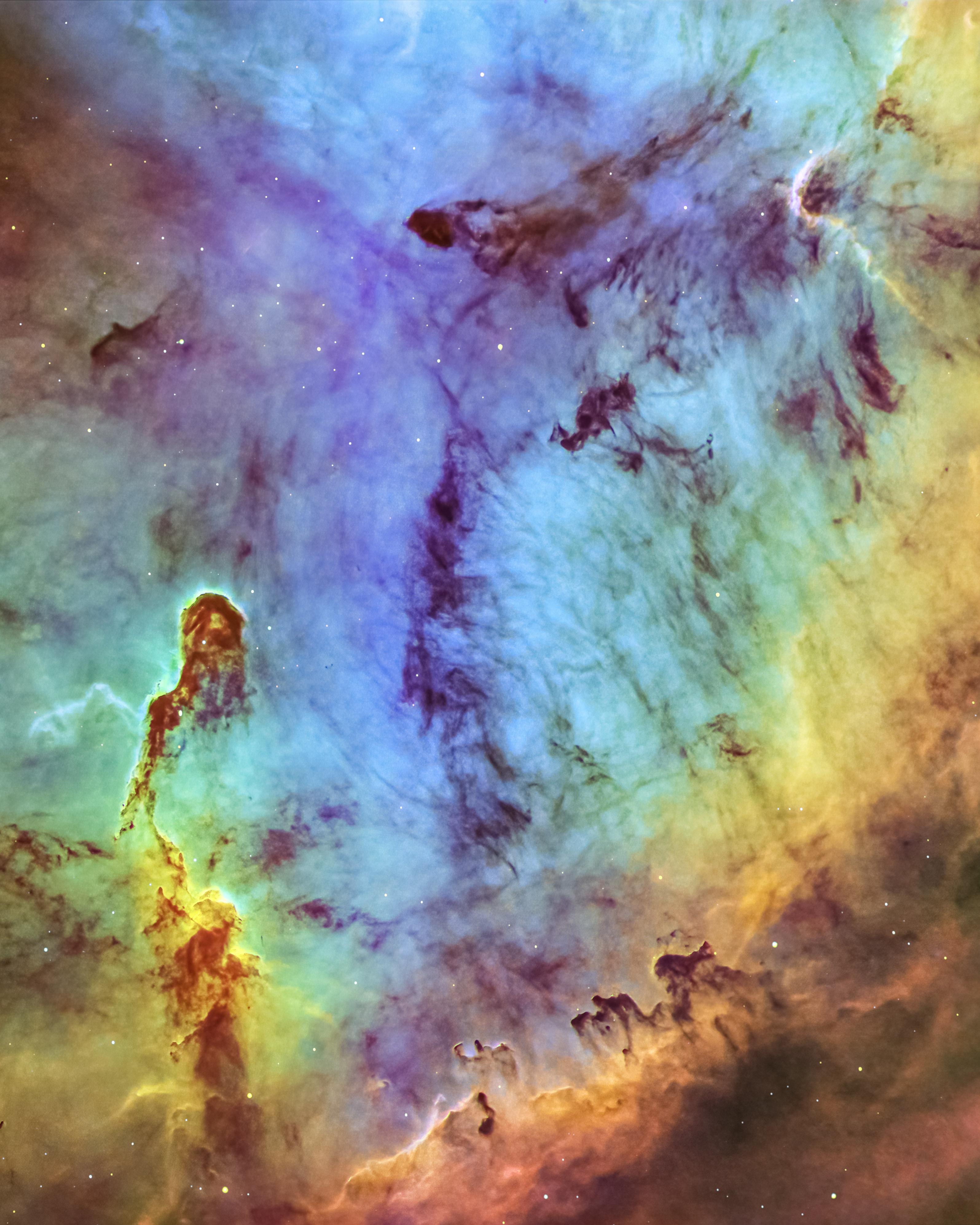 Burns took the image with a MEADE DSI-IV Monochrome camera on a Meade 80mm Series 6000 80mm Triplet ED APO refractor telescope. He mounted the setup on an iOptron CEM60 equatorial mount and used the Starfield 50mm Guide Scope as the guiding telescope with the MEADE LPI-G guiding camera. To widen the overall field of view, and to correct distortion, he also used a Meade 6000 Series 0.8x Reducer – Flattener. And to filter specific wavelengths, he used the Chroma Ha 3nm, Chroma SII 3nm, and Chroma OIII 3nm filters.

The overall setup may sound very complicated even for many professional photographers, but it doesn’t take an expert to appreciate how beautiful the image appears. Also, the shape of the dense mass of gases on the left makes it obvious why it’s called the ‘Elephant’s Trunk Nebula’. Interestingly, even the outline of the gases on the right appears to resemble another elephant’s trunk.

The colors of this image are really what make it stand out. It’s truly vibrant, and has the entire palette of a rainbow. But in reality, you won’t be able to see the colors like this with the naked eye. It’s actually an interpretation of the distribution of gases in space.

“The colors in this image are false but do show an accurate distribution of gasses in the nebula. Red=Sulfur, Green=Hydrogen, Blue=Oxygen.”

And when you notice the stars that are scattered around, you realize how incredibly huge the nebula is. Of course, this makes total sense as it is from these nebulae that the stars are born.