Interesting Photo of the Day: Edinburgh Castle Above the Fog

Built on Castle Rock, the historic fortress of Edinburgh Castle dominates the skyline of the beautiful city of Edinburgh. Due to its strategic positioning atop Castle Rock – a defensive positioning, the scene can look quite astounding when fog rolls over the rocky structure. It can appear as if the castle is floating above the city on the clouds. Have a look at the following image taken by photographer Adam Bulley: 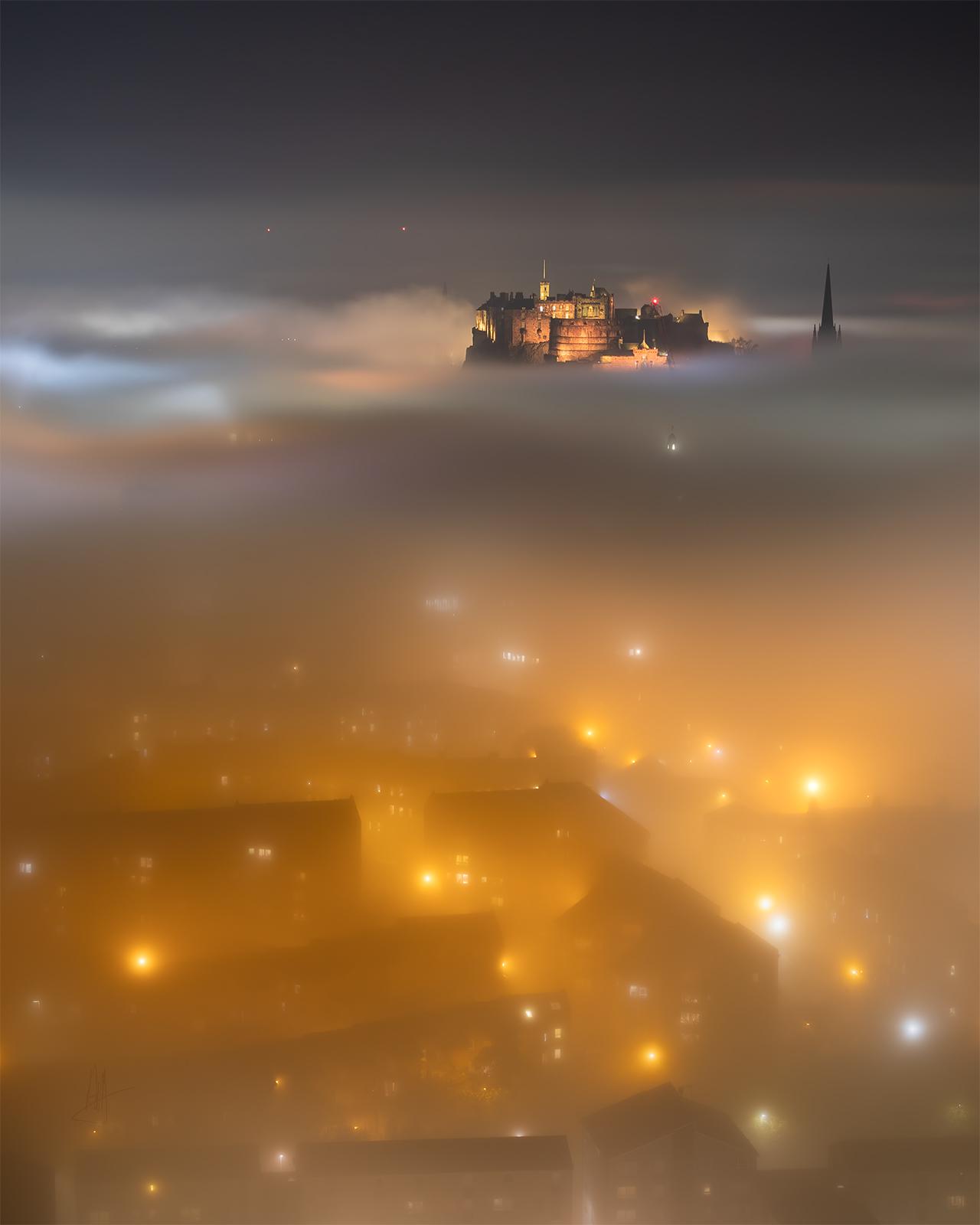 Bulley took the image with a Canon 5D Mark IV camera and the Canon 70-200mm lens. With thick fog covering the entire city, it appears like a dreamy scene from some Disney movie. The lights from the city’s homes add a magical glow and give a soothing vibe to the image. It’s simply breathtaking. How can you not love the calm and dreamy feel that the fog and light create together?

And then there’s the majestic castle in the far background standing tall and proud. It’s fantastic how the thick fog doesn’t bother it at all. Talk about being royal!