Interesting Photo of the Day: Eagle Nebula & Pillars of Creation

The Eagle Nebula, also known as the Star Queen Nebula and the Spire, is a relatively young cluster of stars, but holds one of humanity’s most famous images of space: the Pillars of Creation. These pillars, composed of interstellar hydrogen gas and dust, are essentially incubators for new stars, and were first captured by the Hubble Space Telescope in 1995, in an incredibly detailed image that has since become a photography icon. Today, anyone can observe the miraculous galactic body from their own backyard using a relatively basic setup. Take, for instance, the following image snapped by photographer David Dayag using an 11-inch amateur telescope: 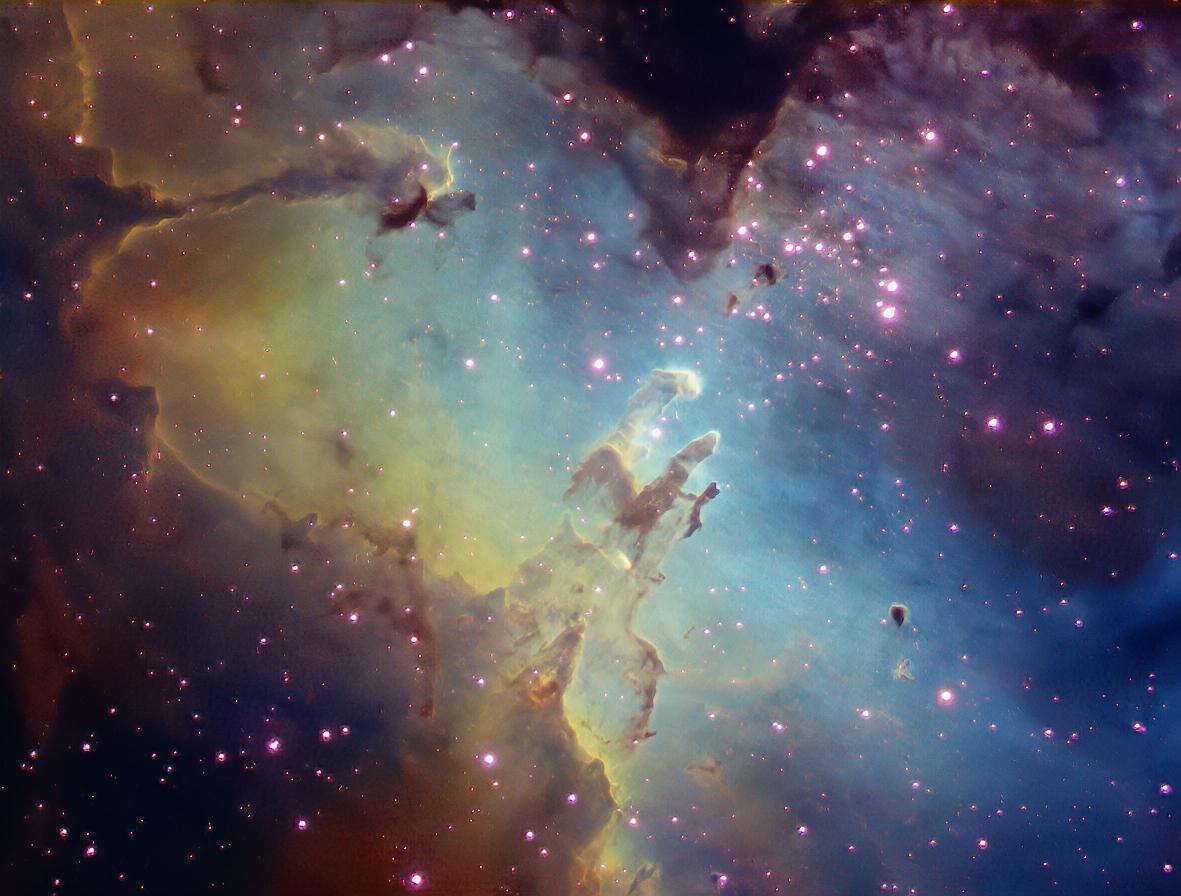 “The Eagle Nebula and the Pillars of Creation” by David Dayag (Via Imgur. Click image to see full size.)

Dayag took this image with a Celestron CPC 1100 telescope mounted on a Millburn wedge, with a ZWO ASI294MC camera and Optolong H-alpha 7nm, OIII 6.5nm, and SII 6.5nm filters. And for guiding purposes, he used the ZWO OAG off-axis guider with the ZWO ASI178MC camera.

It’s fantastic how he was able to get this image even with wind and problematic skies during the hot summer. This image alone showcases how far technology has come since 1995. And yet, in the same breath, it shows how small and insignificant we are in space.

The universe is massive, wild and ever-evolving. And if you think about it, since the Eagle Nebula is some 7,000 light years away from us, we are actually peeking into the past.  Who knows how it might have changed by now. Mind-blowing, isn’t it?