Interesting Photo of the Day: Dog Hiding for Sneak Attack

Dogs – what would we do without them? Their unconditional love for us makes it such a joy to be around them. No matter how bad or difficult your day has been, going home to your dog immediately makes you forget everything. This feeling of joy must be the reason why the internet loves dog photographs so much. Reddit user Stirling_s took this gorgeous photo of their dog hiding during a hike, and it’s simply heart-melting: 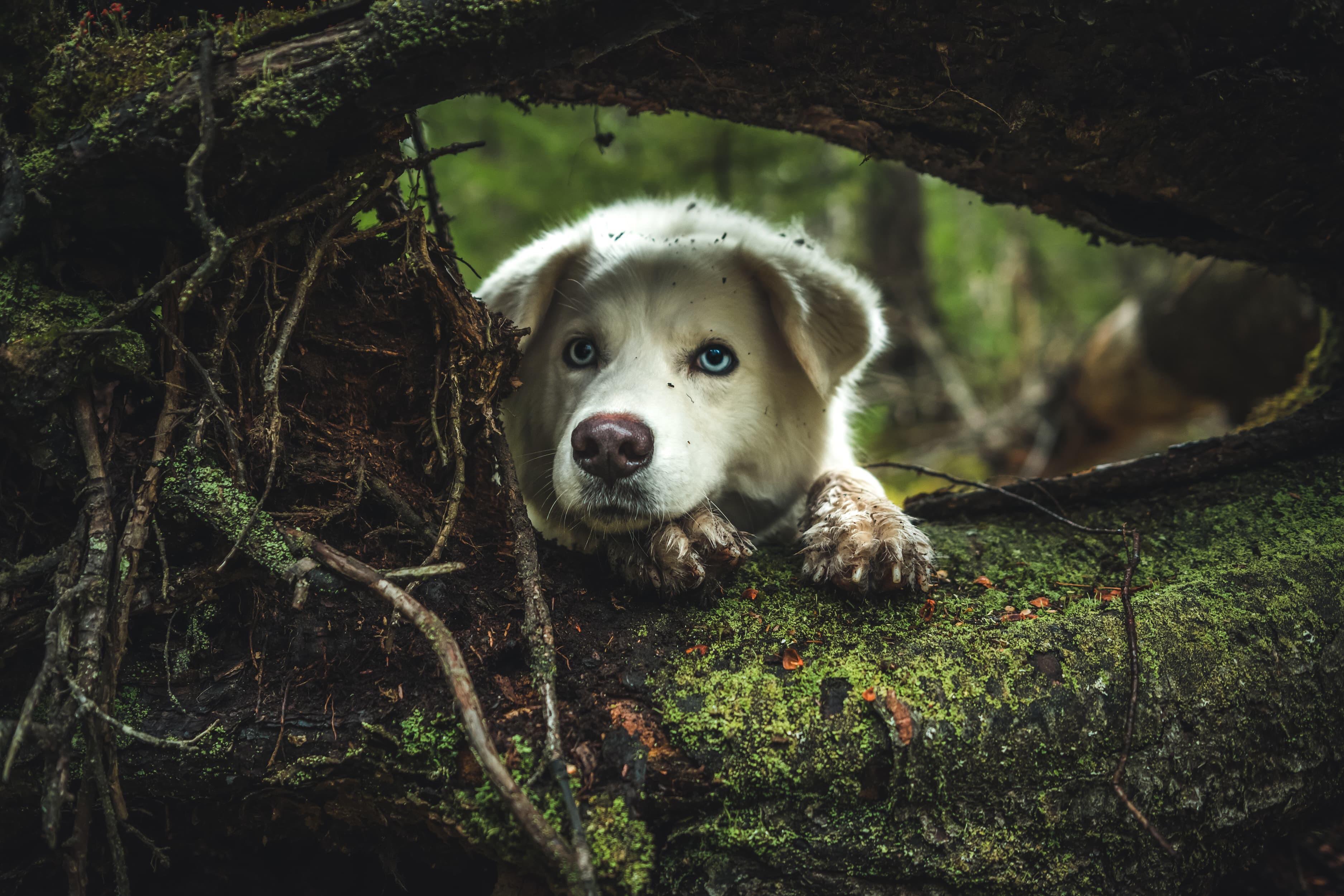 Considering how energetic dogs usually are, especially when outdoors, the image is quite special. If you have a pet, you know how difficult it can get to take a proper photo of them. What also makes this image special is that the dog was in fact hiding so that she could sneak up on her other dog – what a playful personality!

“She likes to hunt my other dog so she’s hiding from him so she could sneak attack.”

The mud on her paws and the dirt around her face is an indication that she enjoyed the hike to her fullest. This makes it look like a picture from a children’s book about a dog on a great adventure. Also, the illumination on her blue eyes adds a lot of life to this already beautiful image.

The way the photographer has taken this image is commendable as well. There’s a beautiful balance of light and shadows that adds a good deal of contrast to the image. Also, the way the dog is framed in the gap between logs adds further emphasis on the cuteness of this image.