Interesting Photo of the Day: Charging Lioness in Namibia

Wildlife photography requires some serious patience and dedication. As George Turner, the photographer of the image below, says: “It took months of planning, five days of patience, and two seconds to get the shot!”

It was worth it, though: 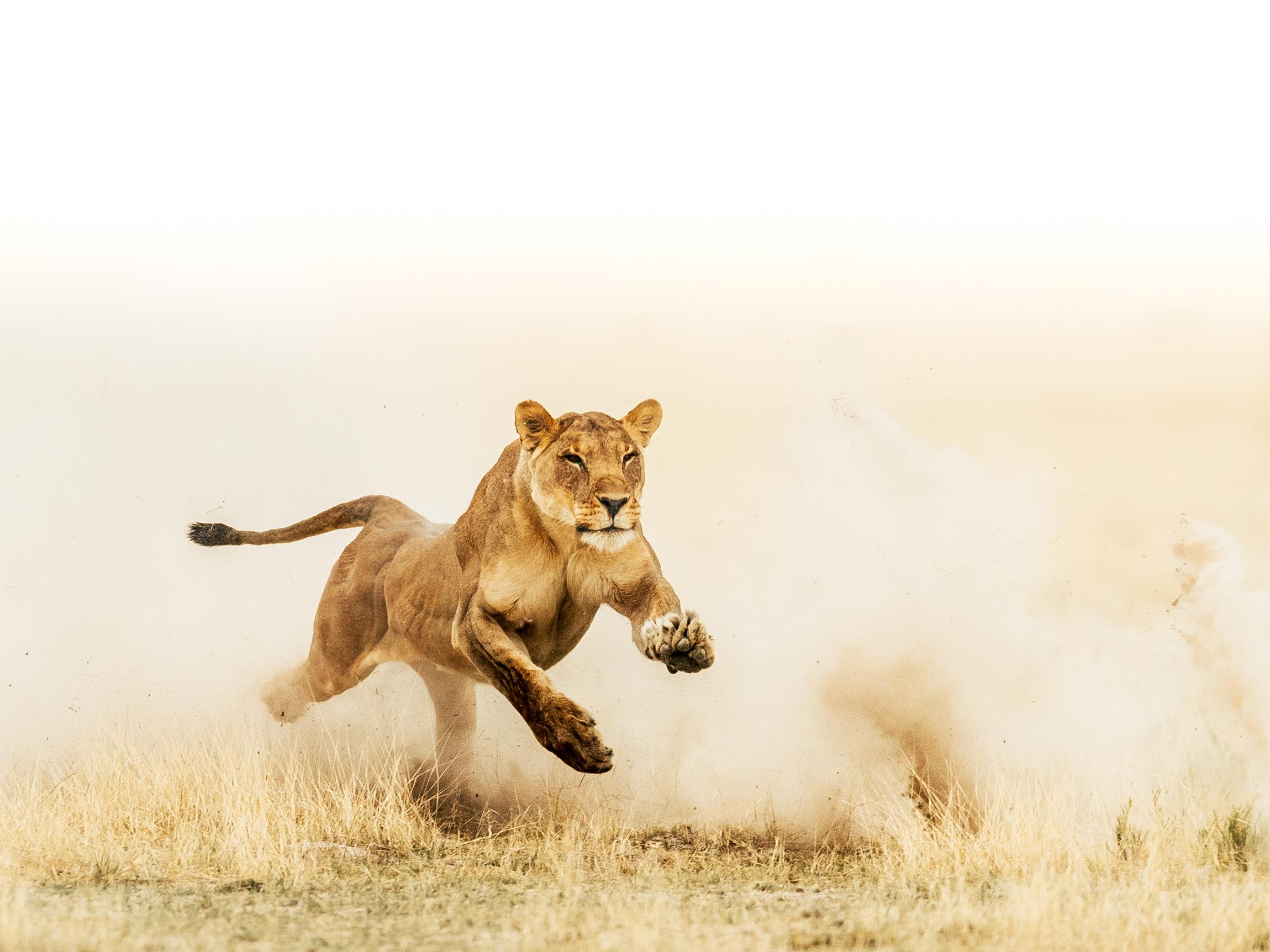 Turner, a professional wildlife photographer based in the UK, spent four months last year shooting all over Africa, but this was only the second ‘proper’ lion hunt he’d seen.

This lioness was a member of the Okondeka super-pride in Etosha National Park, Namibia. Turner tracked her for a few days, hoping that she’d hunt. He knew there was a waterhole nearby and that prey would eventually come to drink.

For his next adventures, Turner is heading to the Okovango Delta in Botswana. Let’s hope he captures some more fabulous images like this while he’s there.

(You also might like to know that the wildebeest that the lioness was chasing got safely away!)