Cape Kiwanda in Oregon is well known for experiencing spectacular wave action. This makes it an ideal place to spend some time during the evening hours. The beautiful sunset along with the coastal waves will ensure that you’ll have and amazing time before you call it a day. Photographer Ryan Dyar took the following image from the Oregon Coast: 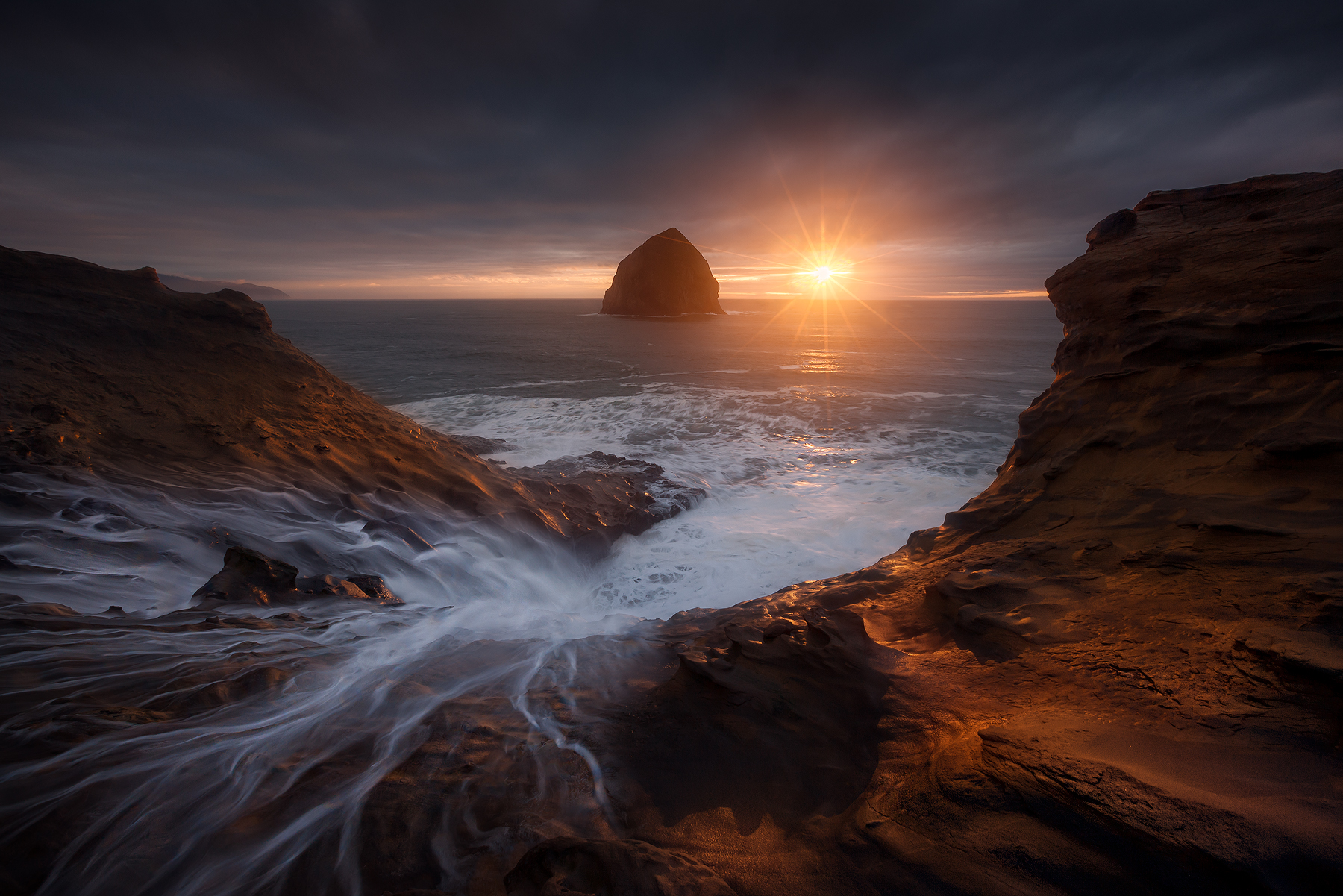 “Sunset and sandstone on the Oregon Coast” by Ryan Dyar (Via Reddit. Click image to see full size.)

The image is a beautiful example of how basic photography composition guides can help you create a staggering photo. A well-thought-out use of foreground, mid-ground, and background has effectively created engaging layers.

The blurry water stream in the foreground gives a sense that the water is retreating back to the ocean. This has made for a compelling and dynamic foreground. The sandstone on the right with a sun-kissed golden glow is another beautiful aspect. The texture on the sandstone adds “pop” to the image.

Another important element of the image that nobody can miss is the sun. While the sun star effect might appear as fake at first, Dyar clarified that it is actually not photoshopped. By positioning his camera right, he was able to get it when he took the image.

“The old Canon 16-35mm 2.8L II was known for the super clean sun stars it created in the right conditions.”