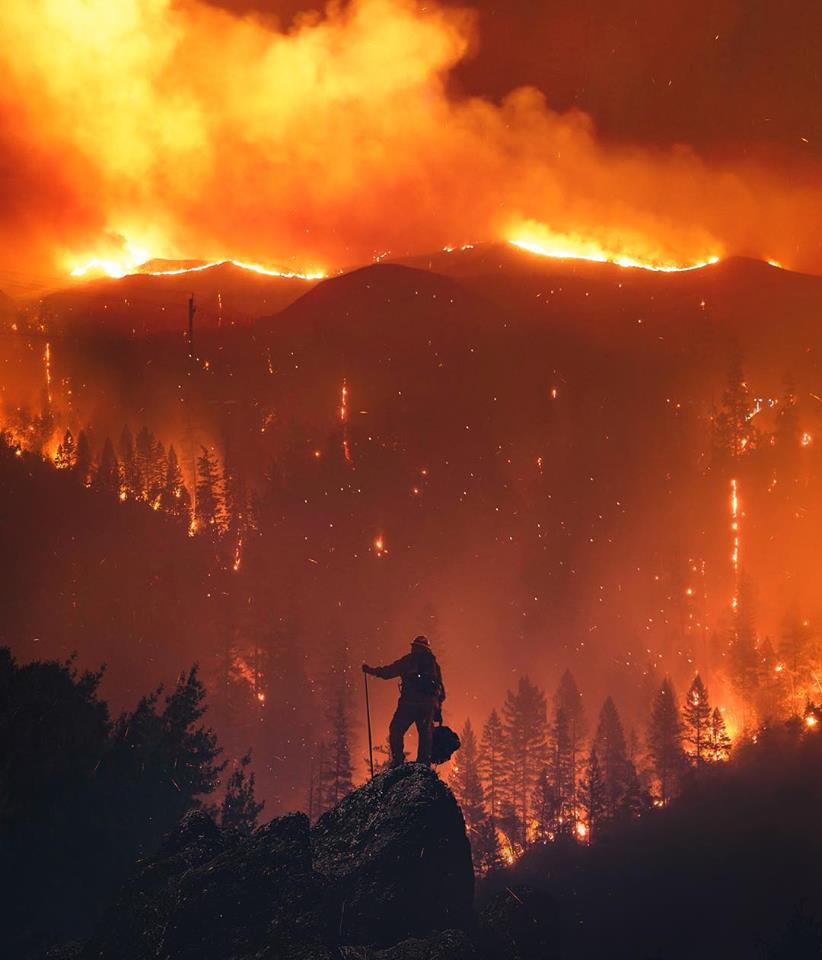 “Hard times don’t create heroes, it is during the hard times the ‘hero’ within us is revealed.”

This powerful image has become a sensation. And many people are interested to know how the photo was taken. In fact, the image is actually a composite.

Even though the image is manipulated, Hendry has surely conveyed a strong message.

How to Photograph the Northern Lights

Interesting Photo of the Day: Sparks of Metalworking