Interesting Photo of the Day: Black Bear Leaping Over Canal

For those genres of photography where you have no control over what’s happening around you, capturing a decisive moment will determine the success of your image. In reality, the decisive moment does not come easily—and even if it does, it can easily to catch you off guard. But when you do capture that moment, it’s like the image magically elevates to a whole new level. Take, for instance, the following image, snapped by photographer Dan Gettis. He had a vision in his mind, and he had to wait for the right moment. In the end, what he captured is truly fantastic: 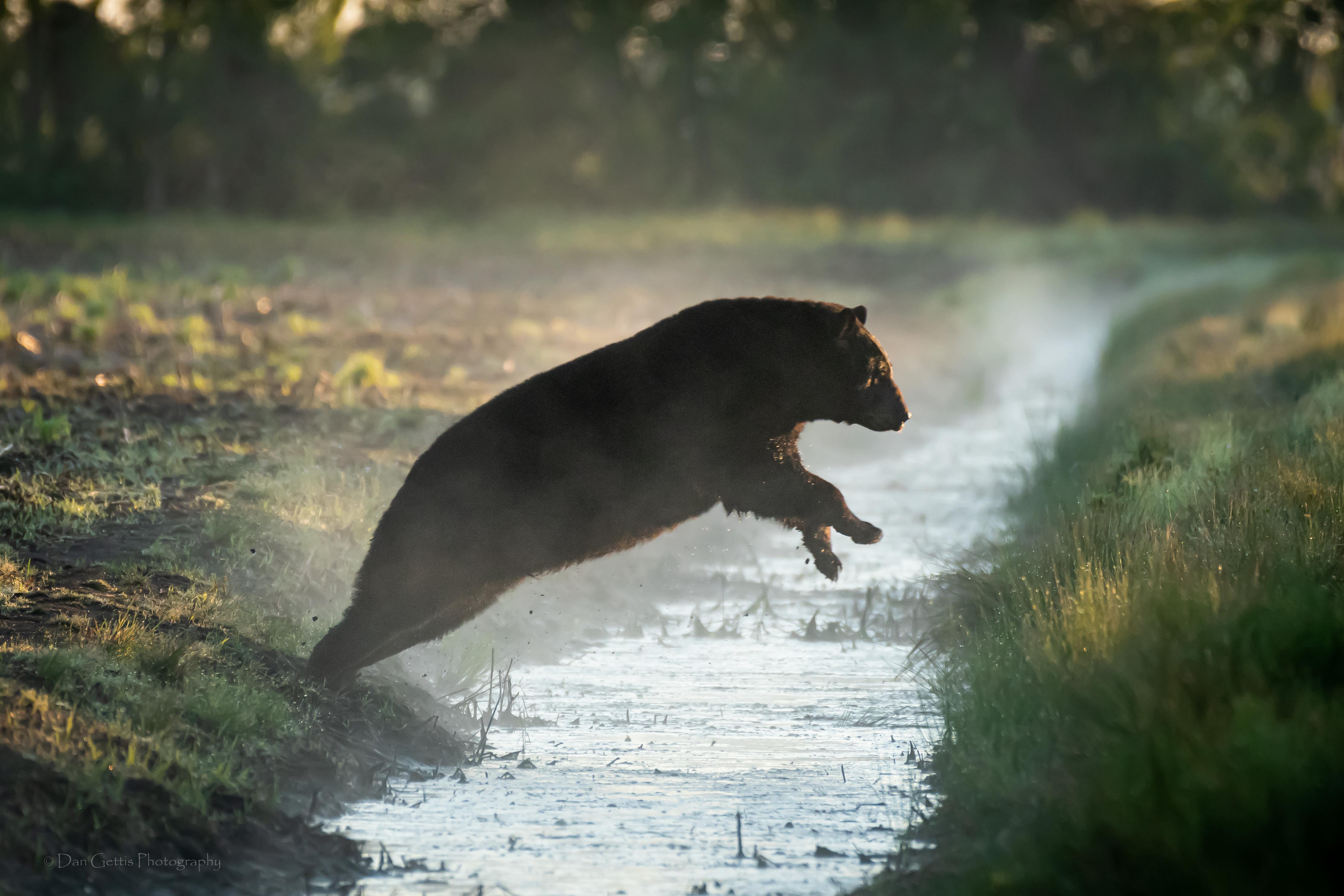 “I waited and hoped that this bear would take his time crossing the field so the sunlight would hit him before crossing the canal. It worked!”

Thanks to his patience, Gettis was able to capture the image while the sunlight backlit the bear just on the edges of his head. So, even though most parts of the animal appear dark and underexposed, the animal’s forelimbs and head still stand out.

As for the decisive moment, the photographer has done an excellent job of capturing the bear as it leaps across the canal. It really makes you wonder if the huge animal made it across all right. What do you think? Did the bear make it?