On a visit to Etosha National Park in Namibia, photographer David J Slater captured this high action shot of Cape Ground Squirrels fighting over bits of food the photographer tossed to them. After placing a little snack in front of his camera lens, a curious squirrel would come over to have a bite, only to be pummeled by another squirrel wanting the food for itself: 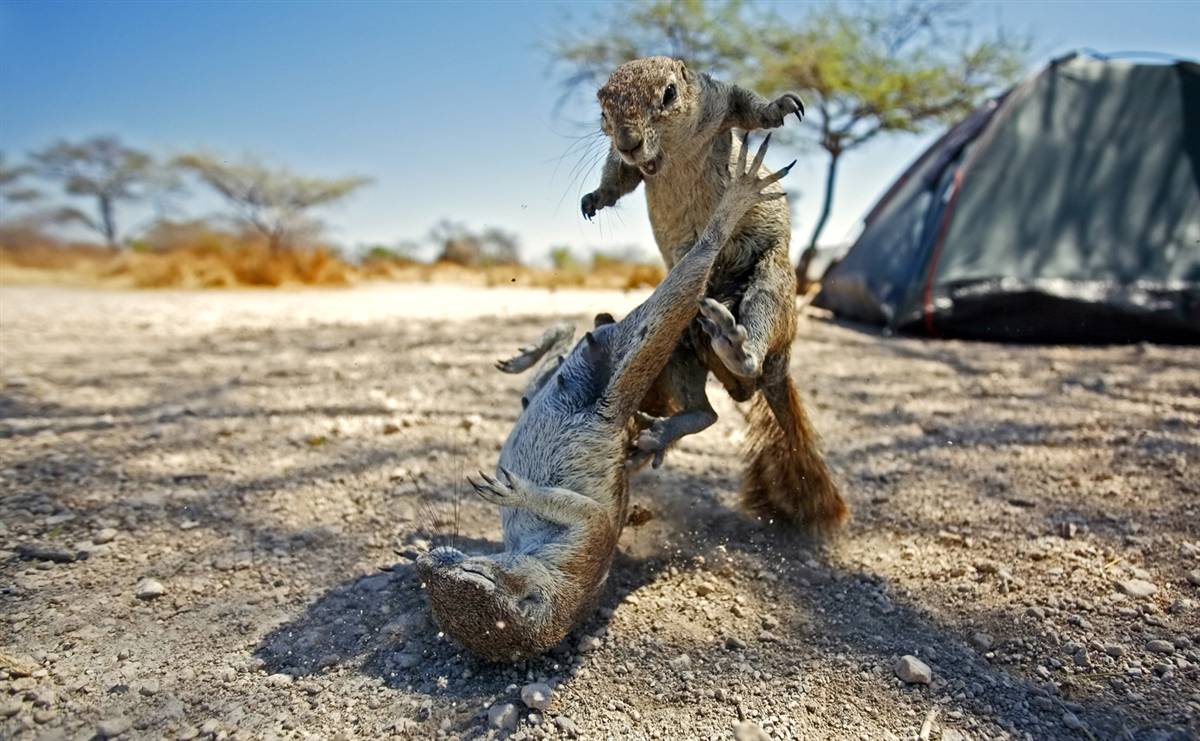 The image above is part of a collection Slater captured, which can be found on his page. While Slater’s photo shoot ended well for him, it’s not recommend to bait wild animals for both your safety and the well-being of the animals.

“Such close encounters with wildlife is what I really enjoy. However, there were some people who objected to me enjoying these animals so closely and made uncomfortable remarks and even confronted me stating how these animals are dangerous, carry rabies, and so on.”

5 responses to “Interesting Photo of the Day: Squirrel Battle”