Private spaceflight company, SpaceX made history yet again on January 14, 2017, with the successful launch and landing of Falcon 9. The rocket launched 10 Iridium satellites into orbit and then returned to Earth for a picture perfect landing. This particular photo captures the Falcon 9 rocket gracefully coming in for landing on a drone ship in the Pacific Ocean. Perfectly silhouetted by the sun, and with the rocket engine firing, the Falcon 9’s return is a spectacular and monumental event: 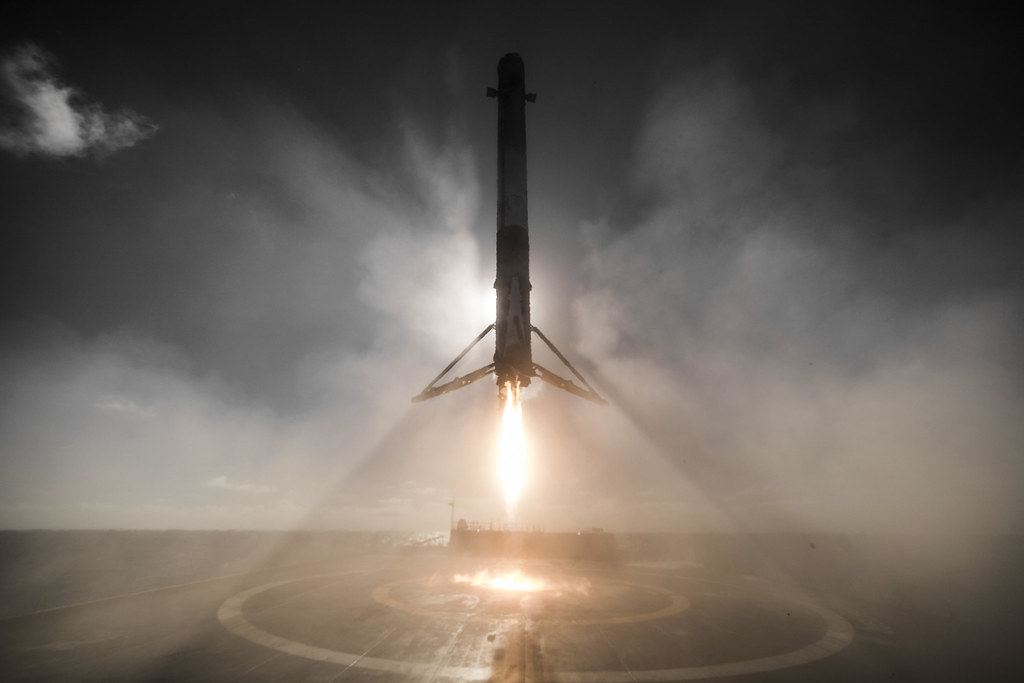 This is the first successful launch for SpaceX since the September 1, 2016, explosion. The Falcon 9 rocket launched from California’s Vandenberg Air Force Base Saturday morning to deliver 10 Iridium NEXT mobile communications satellites into low-Earth orbit. Then it returned and made a controlled landing on the drone ship, “Just Read the Instructions.”

This photo was taken using a Canon 6D set to shutter priority and pattern metering modes, at a shutter speed of 1/2500 of a second and ISO 125. The camera would have been triggered remotely while set to a fixed position.