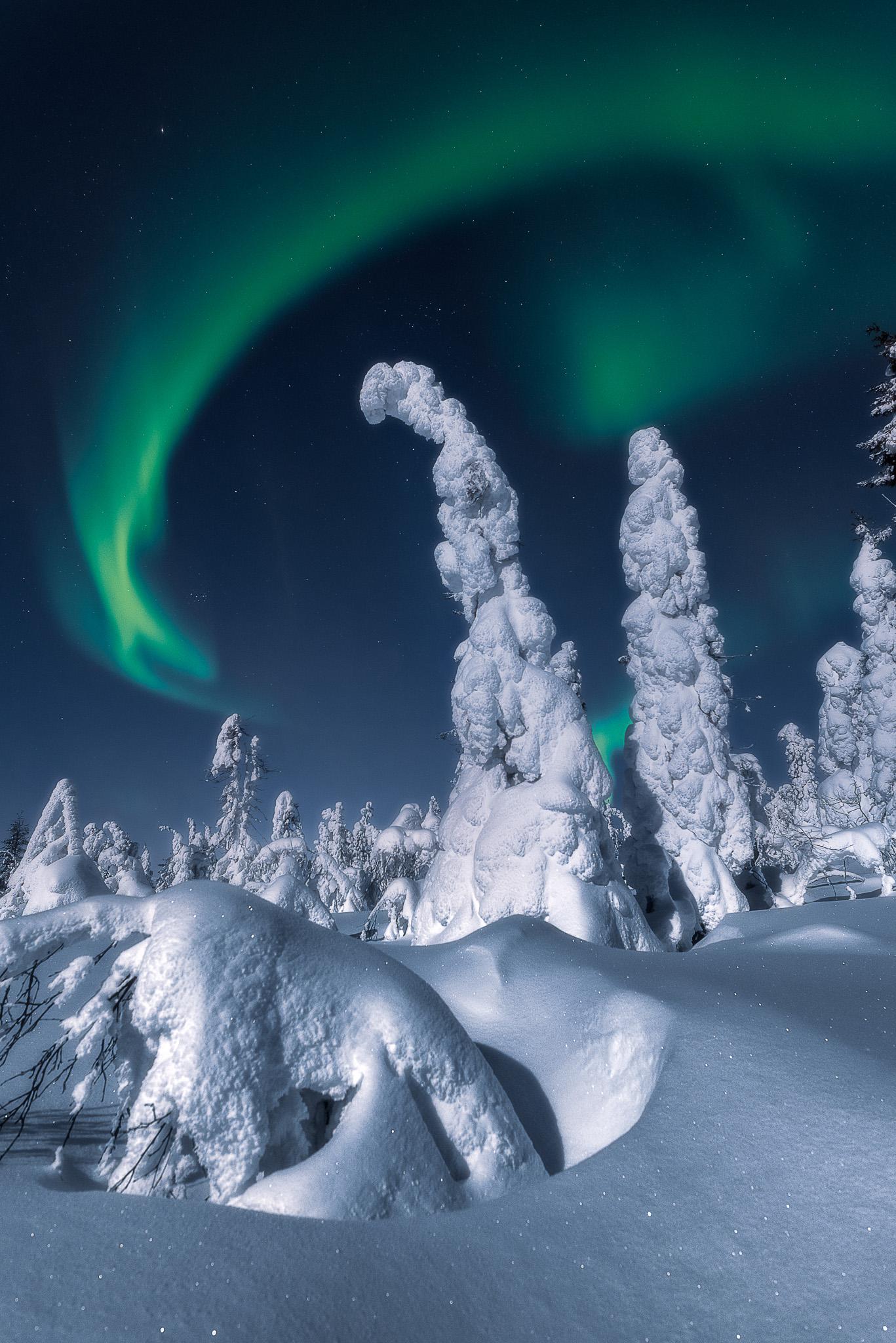 “Night, frost, gusts of wind, waist-high snow… and real magic happens in the sky. This aurora was more dynamic than ever.”

The clear dark sky contrasts beautifully with the white snowy landscape, and the glow of the northern lights only adds to the beauty. While the overall look of the image is ethereal, things get more interesting as we dig deeper and observe the intricacies.

The Arctic conditions combined with the direction of the moonlight give an unreal look to the snow. If you look closely, it almost appears like it’s rendered: you might guess it’s foam or silver.

Then, the curves of the aurora are balanced by the curves in the foreground. It’s as if they represent the ying and yang of the sky and Earth. Absolutely magnificent!

Would you dare go out in the Arctic at night to enjoy moments like these? Let us know in the comments.