In July of 2019, The National Air and Space Museum celebrated the 50th anniversary of Apollo 11 in a really special way. They recreated the launch of Apollo 11 and shared the story of the first moon landing using a full-motion projection mapping network on the Washing Monument. And boy-oh-boy, was the show spectacular or what? Over half a million people joined the show on the National Mall and it was truly a once in a lifetime experience for them. Photographer Michael McColpin too was around as a spectator where he managed to take the following photograph: 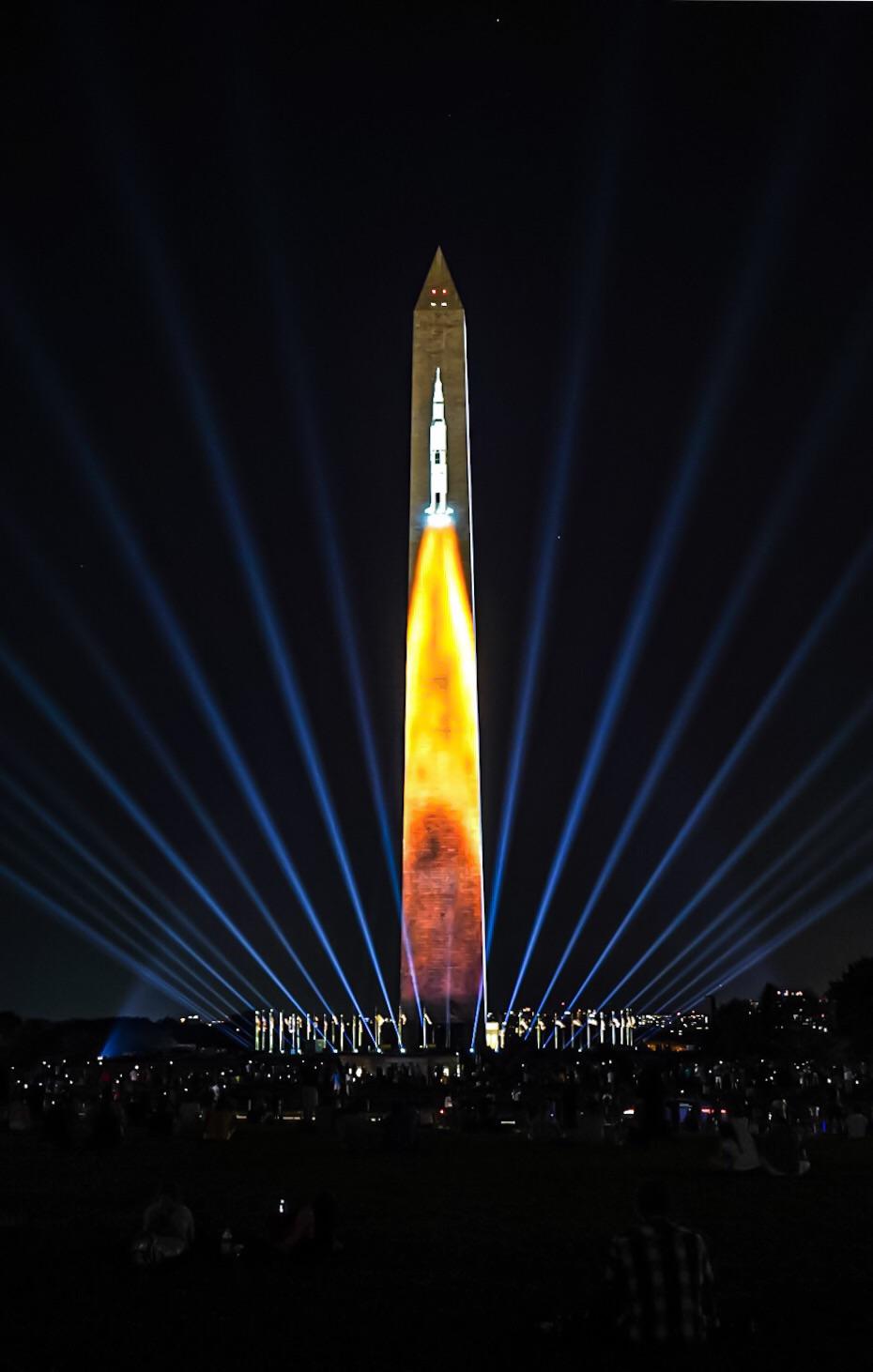 “50th Anniversary of the Apollo Mission on Washington Monument ” by Michael McColpin (Via Reddit. Click image to see full size.)

First of all, we must appreciate the concept that the organizers came up with. Celebrating the historic feat of the Apollo landing on a historical monument makes a lot of sense–especially when there’s such a close similarity between the monument and the spaceship itself.

This image gives us a taste of how impressive the show must have been. The trailing blaze appears so realistic that one might mistake the Washington Monument as actually being on fire. Then there are the blue projection lights around the monument that draw all the attention towards the center of the image. After all, that’s where all the action is happening.

If a single image of the celebration looks this good, imagine how the entire show must have been.