There are some places where time stands still. Places seemingly free of modern technologies and distractions, where the lines between the past and the present blur. UK-based photographer Greg Annandale had the opportunity to capture one of those rare locales during a trip to China, when he observed the ancient tradition of cormorant fishing one early, foggy morning: 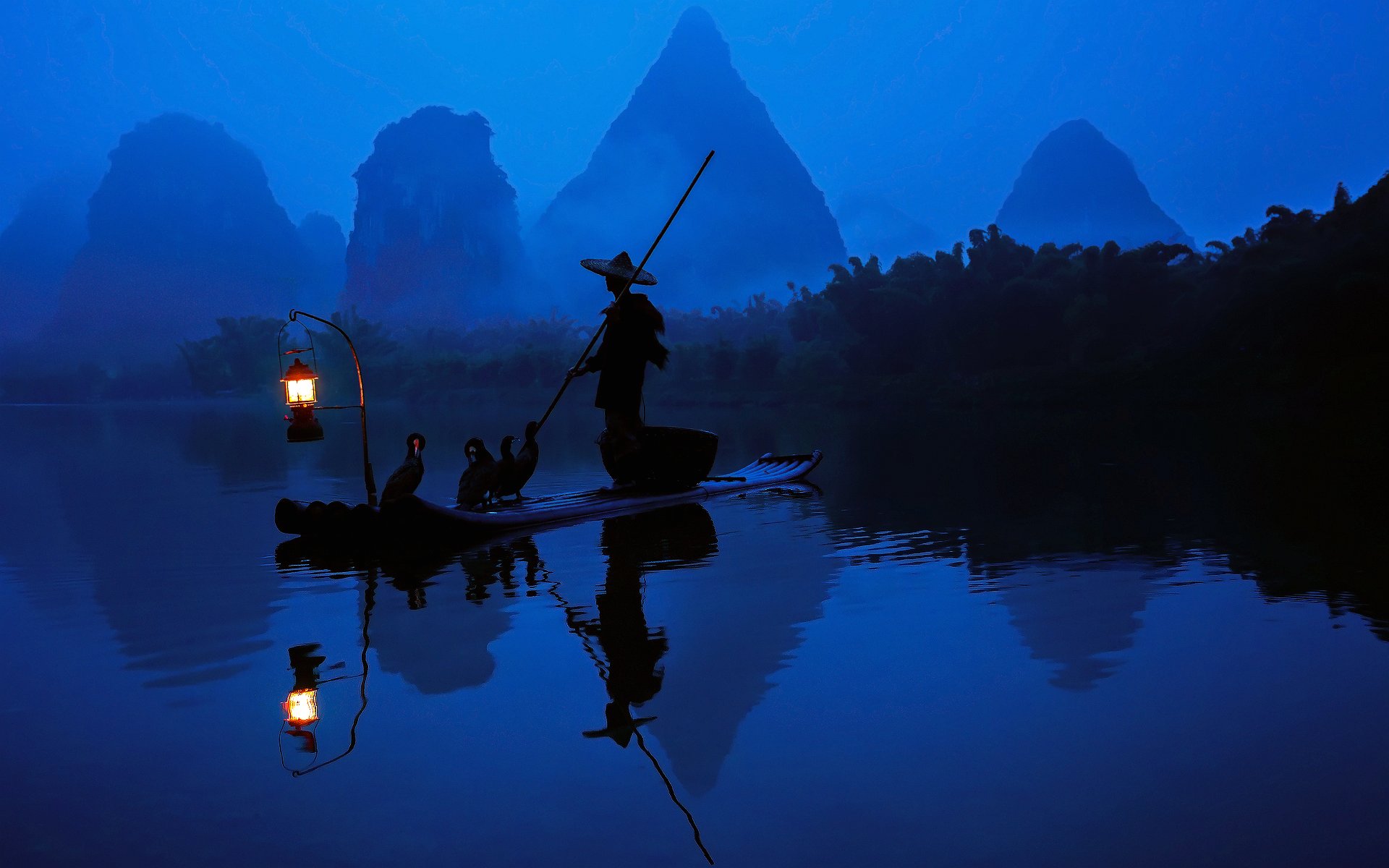 Cormorant fishing, where fishermen use trained cormorant birds to catch and retrieve fish, is thought to have been in practice in China since about 960 AD. Although the tradition is now mostly displayed as a tourist attraction in China, the process likely looks much the same as it did over 1,000 years ago.

The fisherman, wearing a traditional bamboo hat, pushes a simple raft up the river with a wooden pole by the light of a lantern, accompanied by his four feathered fishing partners.

Annandale captured the photo during the “blue hour,” giving the composition an even more other-worldly atmosphere:

“We were up at 4am to meet with the fisherman at our arranged spot. The limestone karsts in the background along with the bamboo forest lining the banks of the river made for quite an impressive location to say the least. Cormorant fishing was once commonplace throughout China & Japan, especially here along the Lijiang river in Yangshuo. These days its use is limited, more often used to demonstrate ancient ways of life to visitors and tourists.”