An epic journey calls for an epic photograph. This jaw-dropping portrait was taken by staff of Mammut after their climb to a 4,158 meter summit of the Jungfrau. The Jungfrau is one of the main summits located in the Bernese Alps of Switzerland: 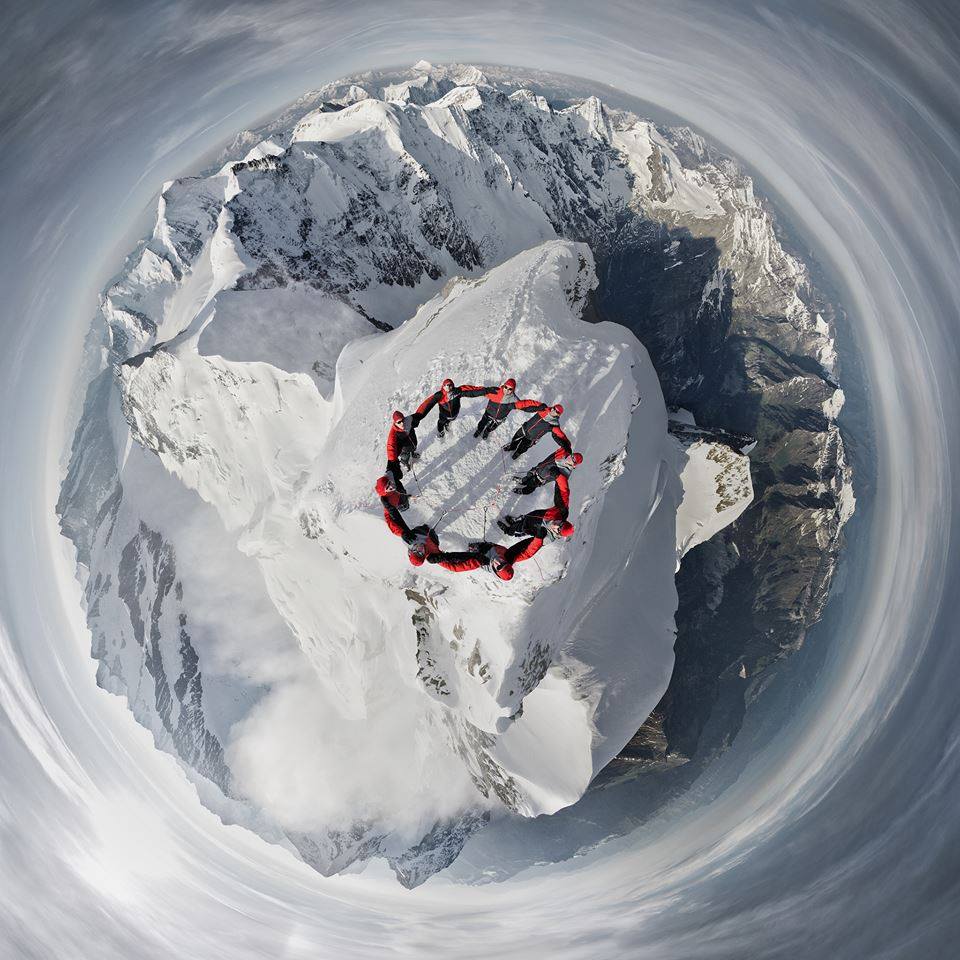 The photograph was taken for the Mammut summer campaign, which marked the Swiss company’s 150 year anniversary, as well as their 150th summit climb. The extraordinary feat was part of the “Biggest Peak Project in History,” as rope teams ascended 150 summits in 40 countries, including the seven highest continental peaks of the world.

One response to “Interesting Photo of the Day: Amazing Drone Portrait from Jungfrau Summit”