We all know not to play with fire. But if you’re careful, willing to take a risk and running with a clear idea in your head, you can easily capture some amazing shots. Take, for instance, the following self-portrait that was taken by photographer Kritagya Nayyar. As you can tell, the image is really lit: 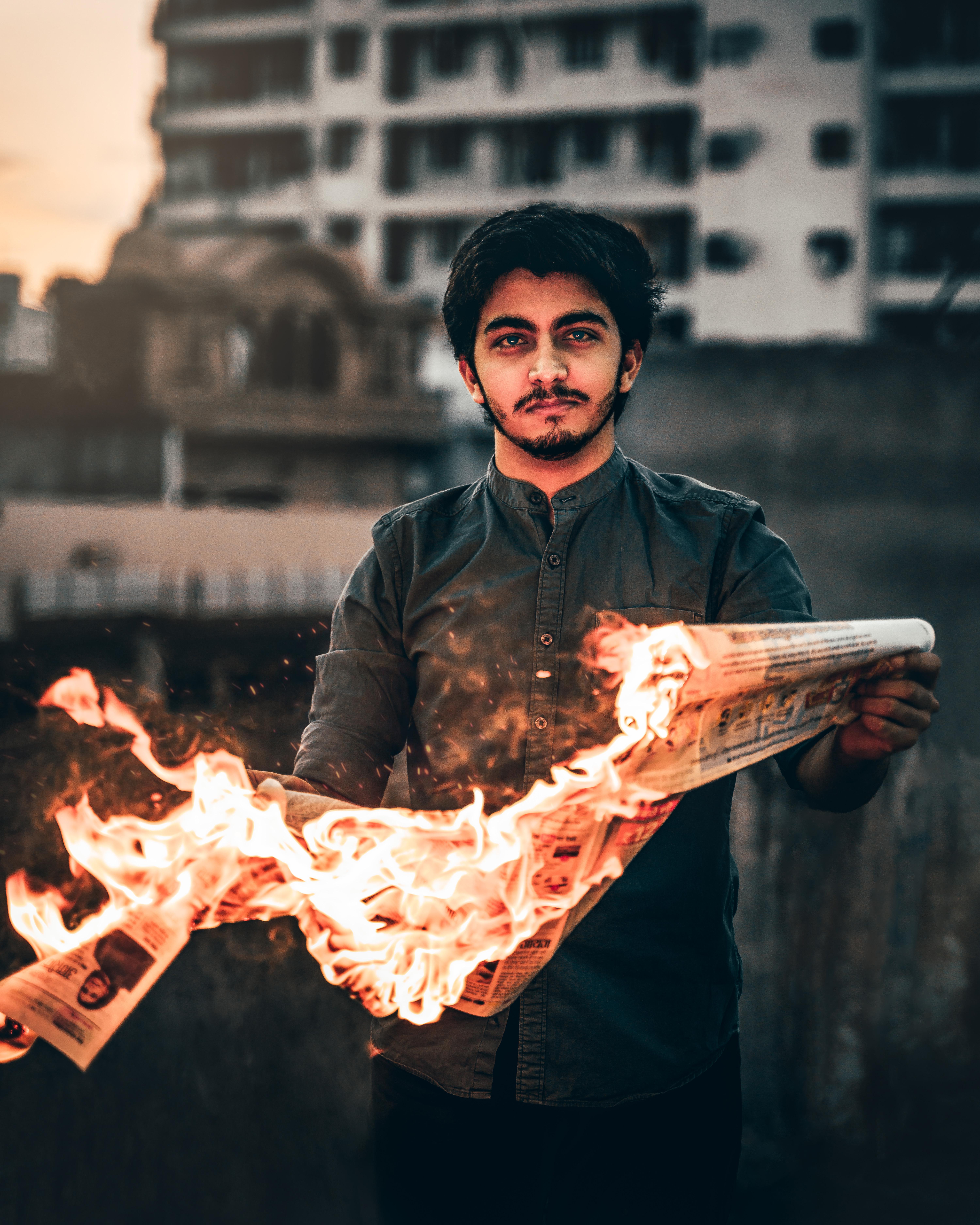 Nayyar, an amateur photography, didn’t let a lack of technology hold him back. He used a Sony A7RIV with a Tamron 28-75mm f/2.8 lens—and the help of his father.

“I set up my camera on a tripod and asked my dad to press the shutter button continuously as I burned the newspaper. The fire looks this intense as the wind was strong and thus the fire was burning vigorously.”

The fire definitely is the hero in this case. And by the looks of it, you can tell that the newspaper was burning with quite some intensity. However, the calmness on Nayyar’s face speaks otherwise. The contrast in emotions makes you think about what’s happening in the image.

It’s also worth noting how Nayar used the fire as a light source as well as a focal point, to illuminate his own face.