Interesting Photo of the Day: A Calm Egret

When you’re out to photograph wildlife, action does not always make for the most captivating image. Sometimes even the simplest scenes can make for great wildlife captures. Take the following image that was shot by photographer Jeremy Beckman as an example. The simplicity in the image speaks volumes: 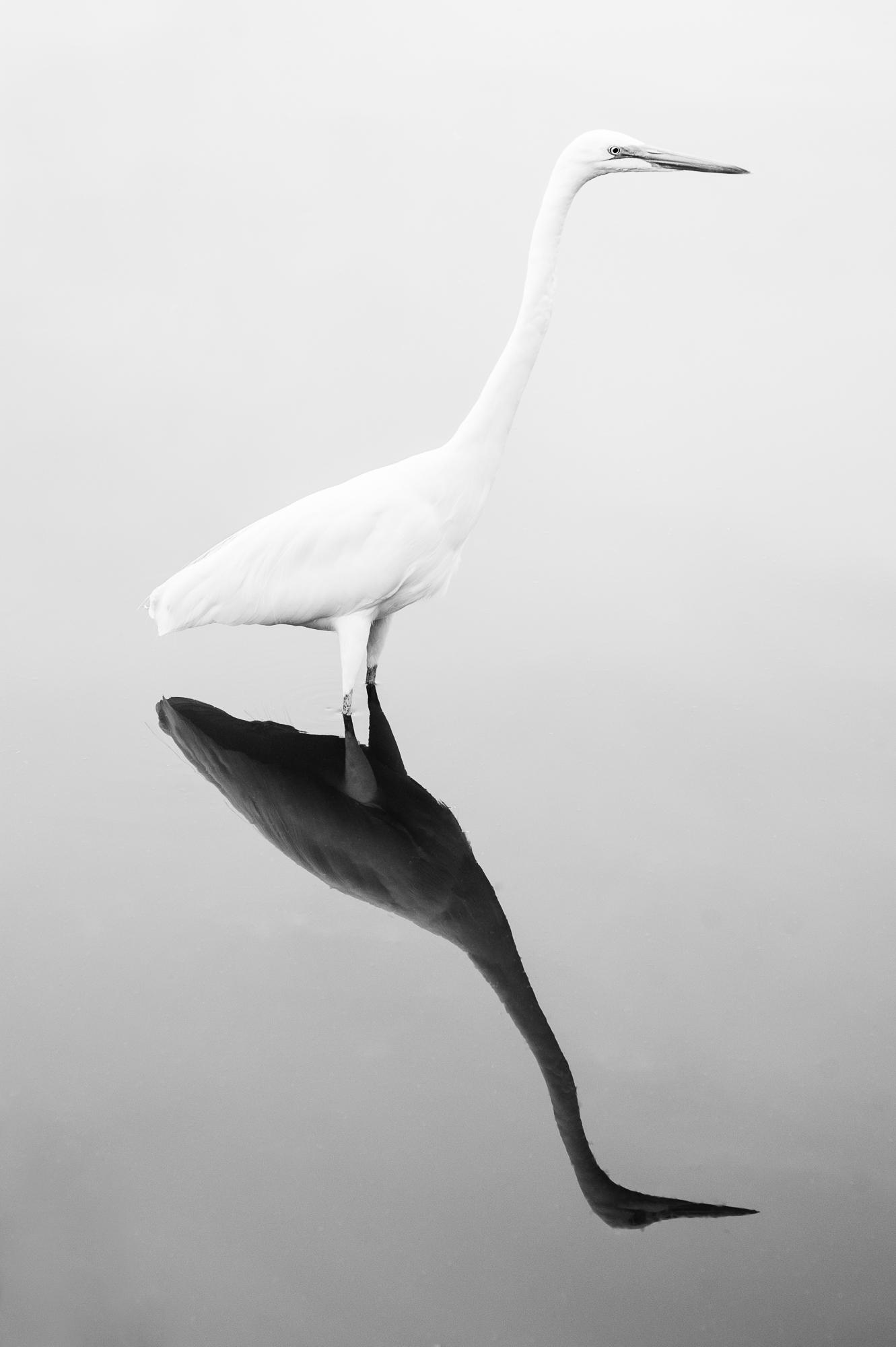 Beckman took the image at the Riparian Preserve at Water Ranch in Gilbert, AZ, using a Nikon D700 and 85mm f/1.4 lens.

At first, this may simply look like an image of an egret with its reflection—which it is—but the image packs so much more to it than that. The symmetry is perfect. It’s really astonishing how Beckman managed to catch the bird in such still water. Also, if you pay close attention to the reflection, it almost appears like a whale swimming under the surface. Bet you can’t unsee that now!

Besides symmetry, the contrast in the image is another highlight of the photo. The transition from white to black is so smooth and effortless. It makes the image quite appealing.

This is an absolutely beautiful example of the delicate art of photography. The image forces you to pause and look closer. It grabs the viewer’s attention and inspires discussion. It is indeed a fantastic job by Beckman.

What do you think of this image?