With a depth of 1,949 feet, Crater Lake is the deepest lake in the United States. The depth causes the lake to appear deep blue and the water clarity further adds to the lake’s beauty. Fun fact, the Crater Lake was formed some 7,700 years ago when volcano Mt. Mazama collapsed. As if the lake itself is not magnificent enough, photographer Matt MacPherson photographed the Milky Way from the lake and the image appears truly out of this world: 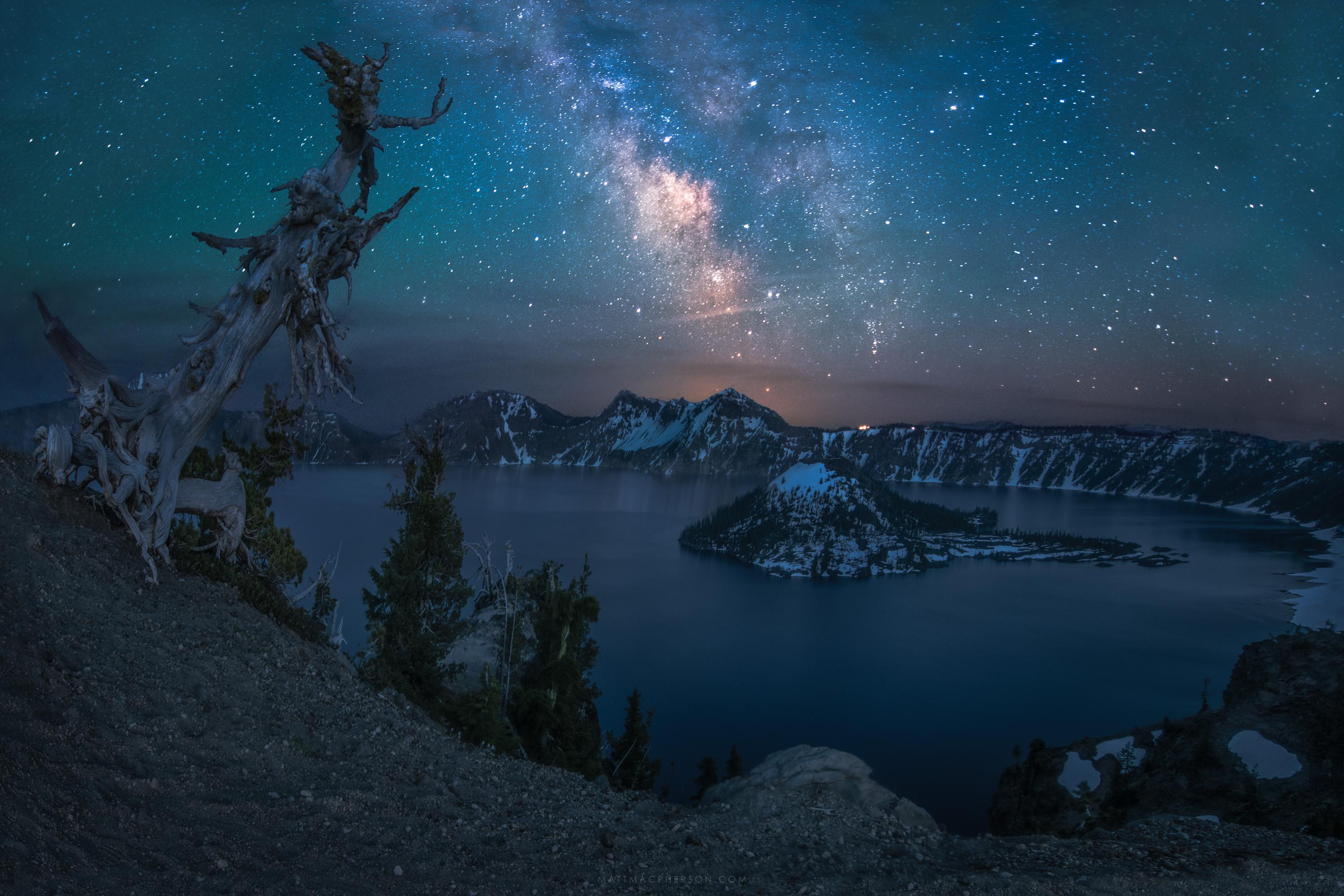 The image is a composite of a series of images that MacPherson took. For the foreground, it was a 30-second exposure at ISO 100 that he took during the blue hour. Next, 3 hours after sunset, he took 12 exposures for the Milky Way, each for 30 seconds and at ISO 6400. He then blended the 12 exposures using an app called “Starry Sky Stacker” to align the stars, eliminate light trails, and reduce noise. Later, he blended the output from the software with the foreground image in Photoshop to get this final image.

The Milky Way with all the fantastic colors in the sky appears simply breathtaking. Apart from that, the way MacPherson has composed the image is really thoughtful. The dead tree to the side and the curve of the lake’s bank both act as subtle leading lines. They do a great job of drawing us into the main subject of this image: the Milky Way. The blue tone and the dead tree also do a good job of adding a sense of spookiness. It’s perfect to chill the spines and add to the drama of the image.

One response to “Interesting Photo of the Day: Crater Lake Milky Way”