In a previous article, I discussed shooting with the light at the subject’s back, creating a “halo” lighting pattern. Aside from being a particularly stunning light pattern, it automatically eliminates one of the biggest problems we have as photographers: squinting and closed eyes. 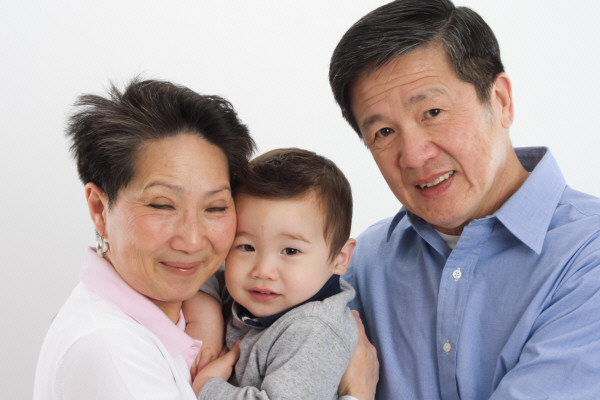 Here are a couple tips to help avoid the problem.

First, we know that the light from the sun is more beautiful the closer it gets to sundown. The harsh white of midday turns into a nice golden glow.

Good news! It is not only prettier to look at, it’s easier to look at, too. So the first step in getting rid of squinting is to shoot closer to sundown.

Second, for some subjects, it’s almost impossible for them to look toward the sun. They have overly sensitive eyes and will almost always be squinting.

I don’t know why, but for some reason people with lighter colored eyes—blue eyes, green eyes—seem to be more sensitive to light.

Here is a tip that can help. This should only be used in cases where nothing else is working, as it’s difficult for the subject to pull this off and look natural, but it’s better than squinting.

As photographers, we’re constantly counting to three and shooting. This is generally done to capture a smile, but it can also be done to avoid squinting. 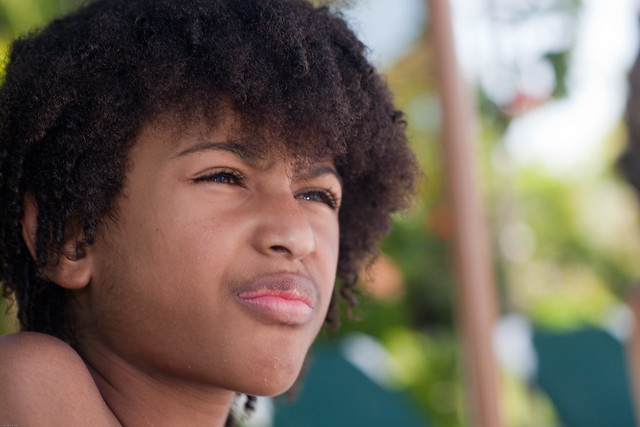 Have your subject posed the way you want them and then have them close their eyes. You count to three, and they open their eyes and smile. They only have to have their eyes open for a second or so, and if they can look natural it can be the difference between a truly great shot and another one for the garbage.

Opening the eyes and looking natural—while knowing the sun is going to get to you—can take a bit of practice. Take the time to run through it a few times and not only will you get better shots, but every photographer that ever shoots them in the future will benefit as well.

Third, some subjects aren’t particularly sensitive to the light, but to a flash. They tend to squint in anticipation of the flash going off.

The obvious solution is not to use a flash, but sometimes we need one, so here is an idea: don’t aim the flash at the subject. Bounce it off the ceiling or an adjacent wall.

Yes, I know there’s no ceiling outside, but there are plenty of adjacent walls. (The side of a truck will do the job!) Just be careful not to use a colored wall because that will put a colored tint in your photo.

By the way, bouncing a flash is almost always the preferred method, not just with “squinters.”

Another idea is to use a reflector. That way you can bounce more light into the subject and may not need a flash. Or you can use it as your bounce “wall.”

You can finally eliminate closed and squinting eyes from your photos!

About the Author:
Dan Eitreim writes for ontargetphototraining.com. He has been a professional photographer in Southern California for over 20 years. His philosophy is that learning photography is easy if you know a few tried and true strategies.

6 responses to “Tips to Eliminate Closed Eyes & Squinting in Portraits”