When a photographer’s expertise meets nature’s excellence, the outcome is truly out of this world. Take a look at the image below by photographer Nahaniel Merz and you’ll understand what I mean. The image that he took at Wolchulsan National Park in South Korea is so close to perfect that you might question the place’s actual existence: 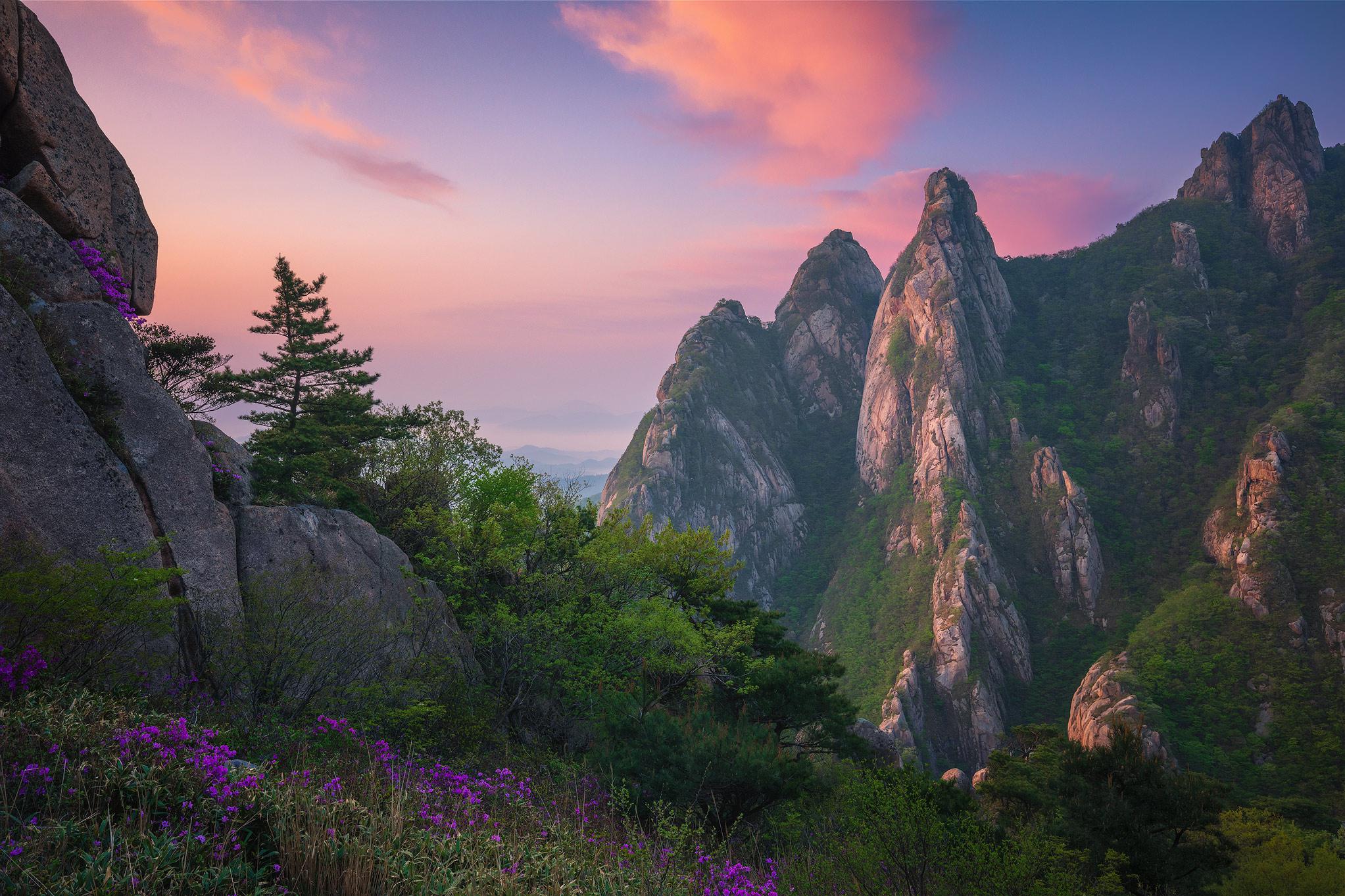 “A Mountain in Wolchulsan During Golden Hour” by Nahaniel Merz (Via Reddit. Click image to see full size.)

The way the golden light is falling on the mountain, and the way Merz has composed this image, it looks like the landscape is a computer render. The colorful flowers in the foreground that stand out from the green foliage, and the reddish glow on the mountain with the colorful sky, all blend with each other flawlessly. He has indeed captured the scene beautifully.

Doesn’t it look like an image straight out of a fairy tale? Imagine what an experience it would be to witness such a beautiful landscape. Hats off to the photographer. No doubt he has captured Korea’s extraordinary beauty.