The Western Veil Nebula and Pickering’s Triangle are a part of a massive supernova remnant cloud in the Cygnus constellation. They were formed as a result of a supernova that happened some 10,000 years ago about 2,100 light-years away. Thanks to its close resemblance to a broom, the Western Veil Nebula is also referred to as the Witch’s Broom. The Pickering’s Triangle on the other hand has a chaotic appearance. Astrophotographer Naresh Singh took the following image of this pair from his backyard and they look simply spectacular: 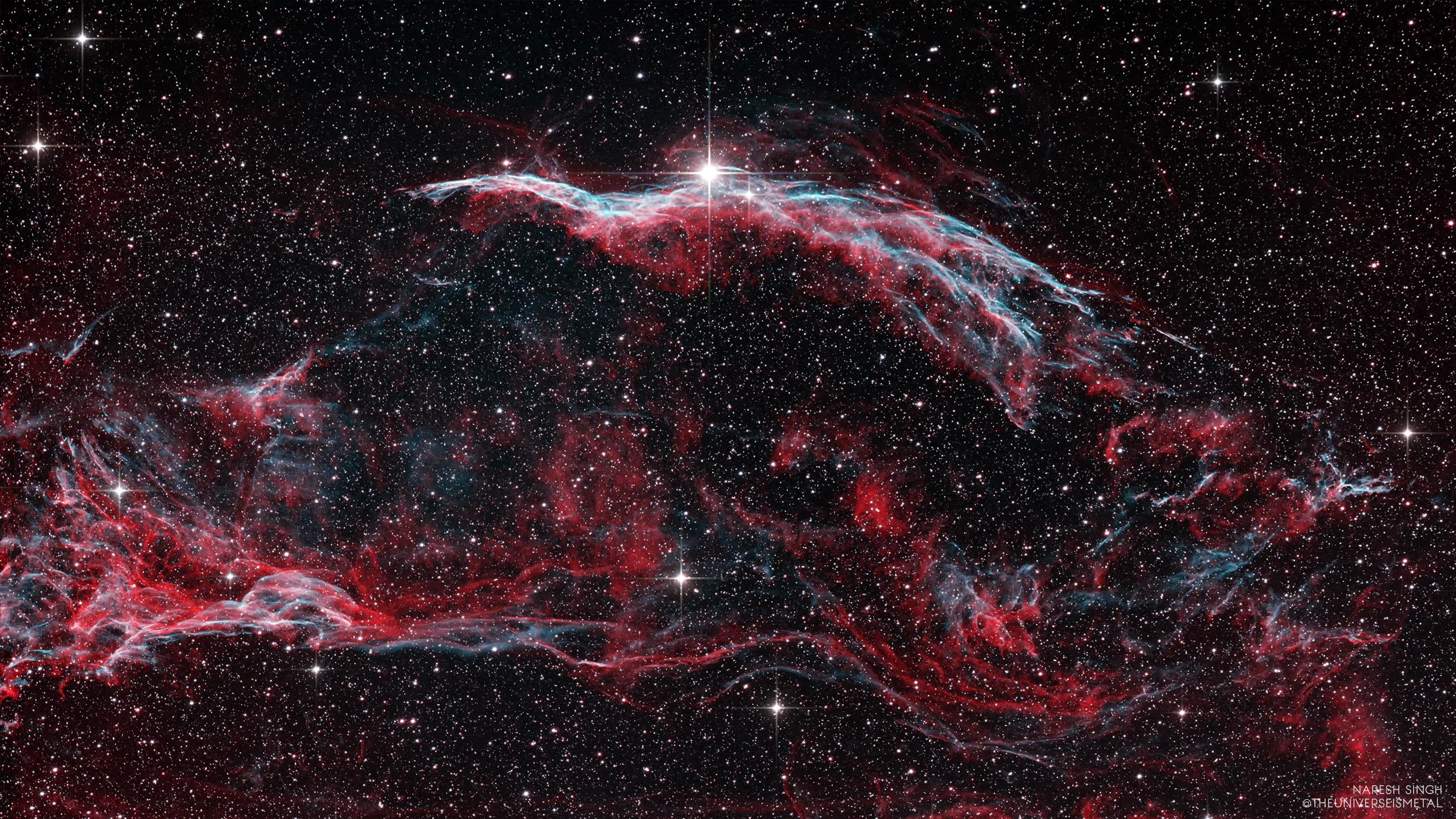 Singh took the image with his ZWO ASI1600MM-Pro camera mounted on the Celestron RASA 8″ 400mm f/2 telescope with the Baader Highspeed H-α and OIII filters. For this image he had to expose for 7.5 hours for which he used the Celestron CGEM II EQ mount.

“The Witch’s Broom has the super bright star 52 Cygni in the top middle and Pickering’s Triangle is the wispy triangular shape mid-bottom left.”

What’s mind-boggling is that these nebulae that appear like mere clouds would on earth are actually enormous – many times light-years in diameter. The universe is a really astounding place and every astrophoto that we come across reminds us of that fact.

Are you a fan of astrophotos?