An endless fascination among many photographers is the pursuit of that elusive perfect water droplet shot. With liquids being so fickle and a drop being so small, it’s a difficult image to capture, but one that, when done right, can be packed so full of simple, natural elegance. Today’s interesting photo of the day is actually the product of TWO water droplets – one, which was dropped first, hit the pool’s surface and jumped upwards where it collided with a second, perfectly timed drop. This interception broke the surface tension and created a billowing umbrella shape: 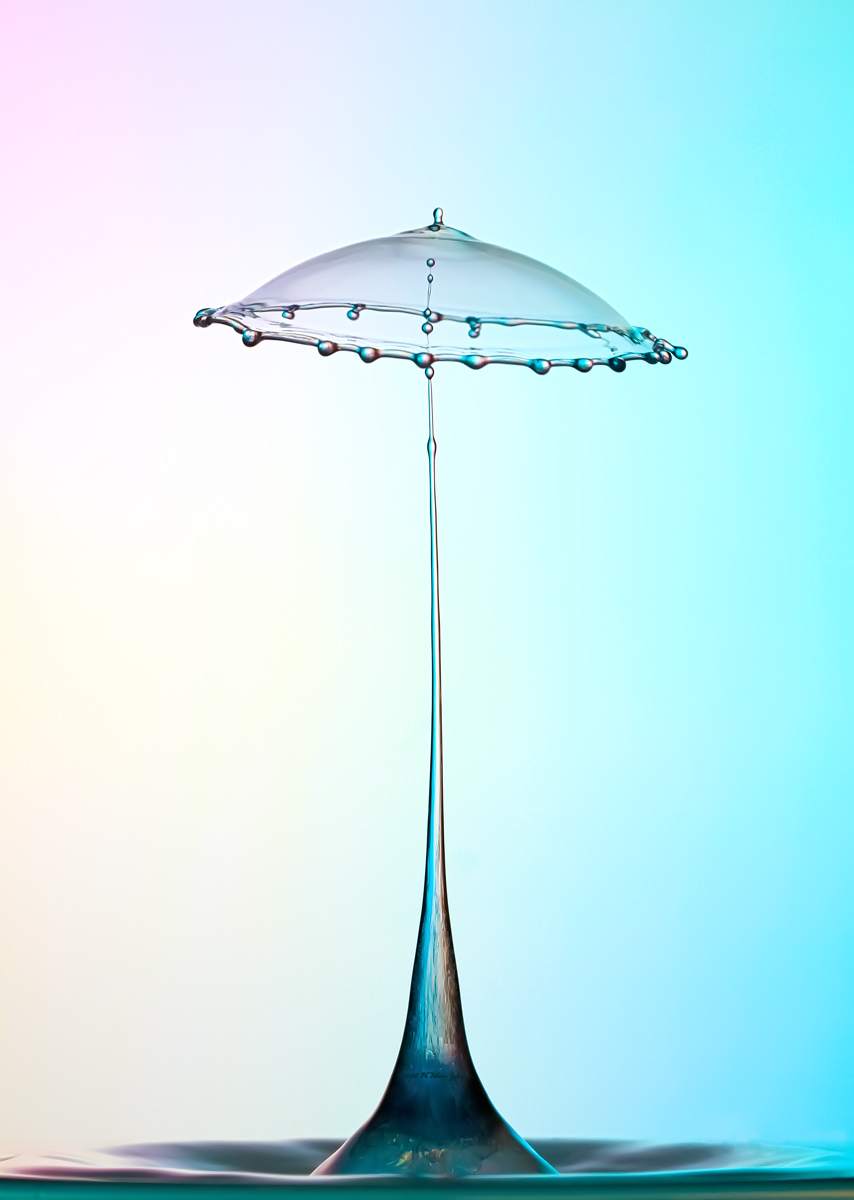 The photographer behind this image shared widely through imgur is believed to be Heinz Maier. The image appears to be completely natural, unmanipulated by any photo editing program. When making a picture such as this, the timing of the droplets is definitely the trickiest part. The colouring, reflections, and background are actually quite straightforward. If you’d like to try it yourself, all you’ll need is a wide bowl full of water, a pipette (or a thick, watertight plastic bag), a strong light, and some coloured gels.

Experiment with moving the lights and objects, to see how the effect changes. Remember that this method is not new, so kick your imagination into gear in order to make that final shot stand out, and make it yours.