Interesting Photo of the Day: The Two Sides of Istanbul

With its long and rich history where civilizations and empires, as well as various ethnicities and religions, all left their marks, Turkey is a country that never ceases to enchant visitors. Whether it’s an ancient oozing with history or the world’s second-oldest underground railway, Turkey offers a lot to discover. But one of its most fascinating aspects must be its architecture. You can see beautiful structures around the country of historical and religious significance. One prominent example is the Grand Camlica Mosque, the largest mosque in the country. Photographer Tommy took this image of the mosque from the European side of the country and it sure is a sight to cherish: 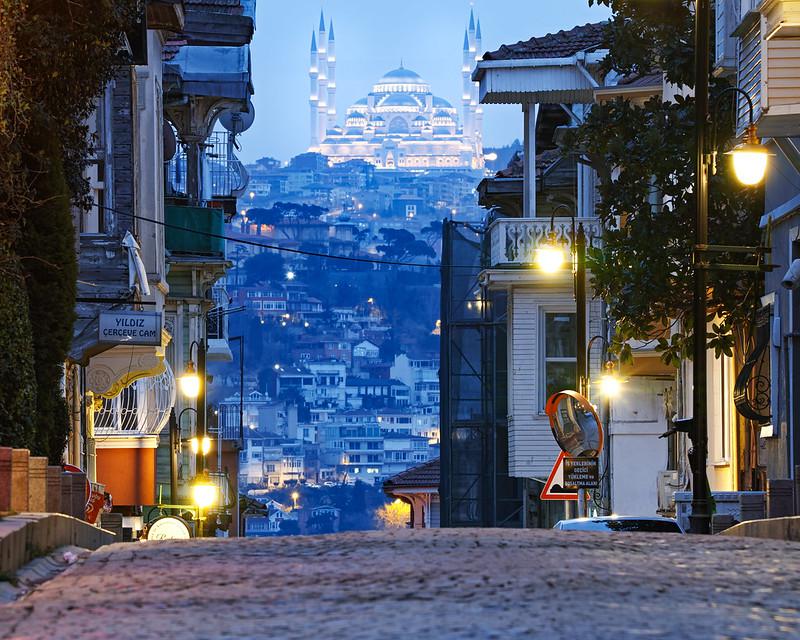 The image is a 10-second exposure that Tommy shot with a 250mm lens from Arnavutköy, a part of Istanbul in the European part of the country. If you ever get a chance to visit this place, you will realize that the mosque is in fact not as close as it appears in this image. That’s due to the compression caused by a long focal length the photographer used.

“Basically, I stood really far away and used a telephoto lens to make it look really close.”

While the mosque in the background is surely the highlight of this image, you cannot ignore the brilliant contrast in the foreground. Besides appearing more vibrant, the apartments also feel more contemporary and tell the story of Istanbul’s many ages. The undulating street bears a strong resemblance to the streets of San Francisco, too.

A wonderful metaphorical aspect to the image is what appears to be a blue veil between the Asian and European sides of the Bosphorous Strait. While this is obviously due to the difference in color temperatures between the foreground and background, we can draw a different conclusion from the situation.