Interesting Photo of the Day: Star Trails Over Mt. Kirkjufell

It is always a wonderful feeling to first see the results of a celestial long exposure, because they’re often unpredictable. But if you know how the night sky behaves and plan your shot accordingly, you may have an idea of what will turn up—and you’ll be rewarded with some fantastic images. That’s what happened for photographer Simen Aarseth Gjelsvik. He’d thought about taking this shot almost a year before he did it, and now he’s finally captured it: 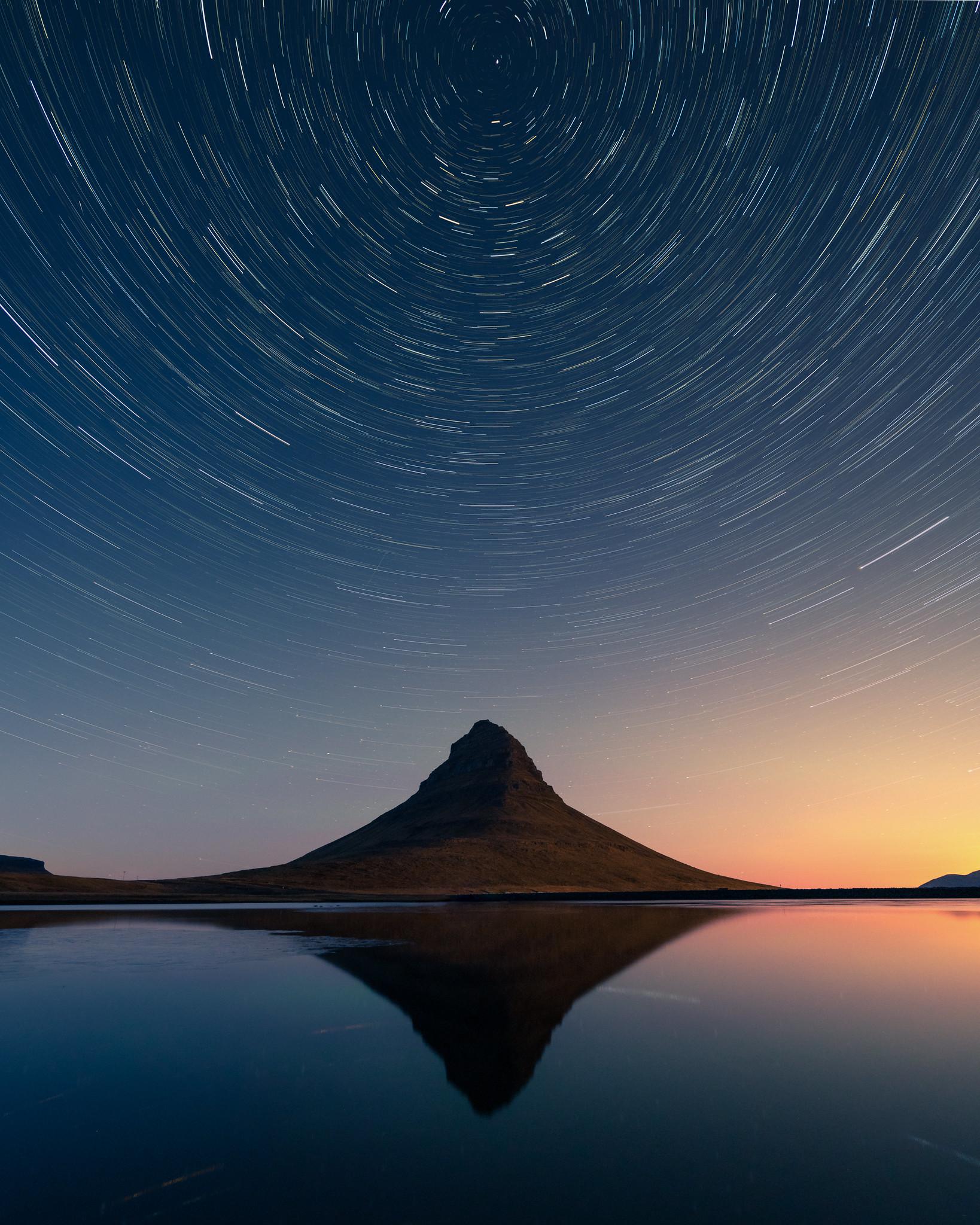 “I had this shot in mind before heading to Iceland last October, and I was lucky enough to get a perfectly clear sky the first night!”

He started to shoot the image some 45 minutes after sunset and kept shooting for about an hour. And because it’s Iceland, you can still see the sun looming over the horizon even though it’s nighttime. This has created a fantastic contrast between the night sky on the left and the evening sun on the right.

Another interesting detail about the image is how Polaris, the pole star, seems to align perfectly with the peak Kirkjufell. That’s some fantastic planning by Gjelsvik. Even the reflection of the mountain on the water surface is a great addition. Its calmness beautifully balances the dynamic motion of the stars in the sky above.

What do you feel about this image?