Interesting Photo of the Day: Snowy Mount Rainier at Sunset

Forget leg room. Once you see this gorgeous aerial photograph of Mount Rainier, which was captured by -rabid- during a commercial flight, you’ll swear off aisle seats forever: 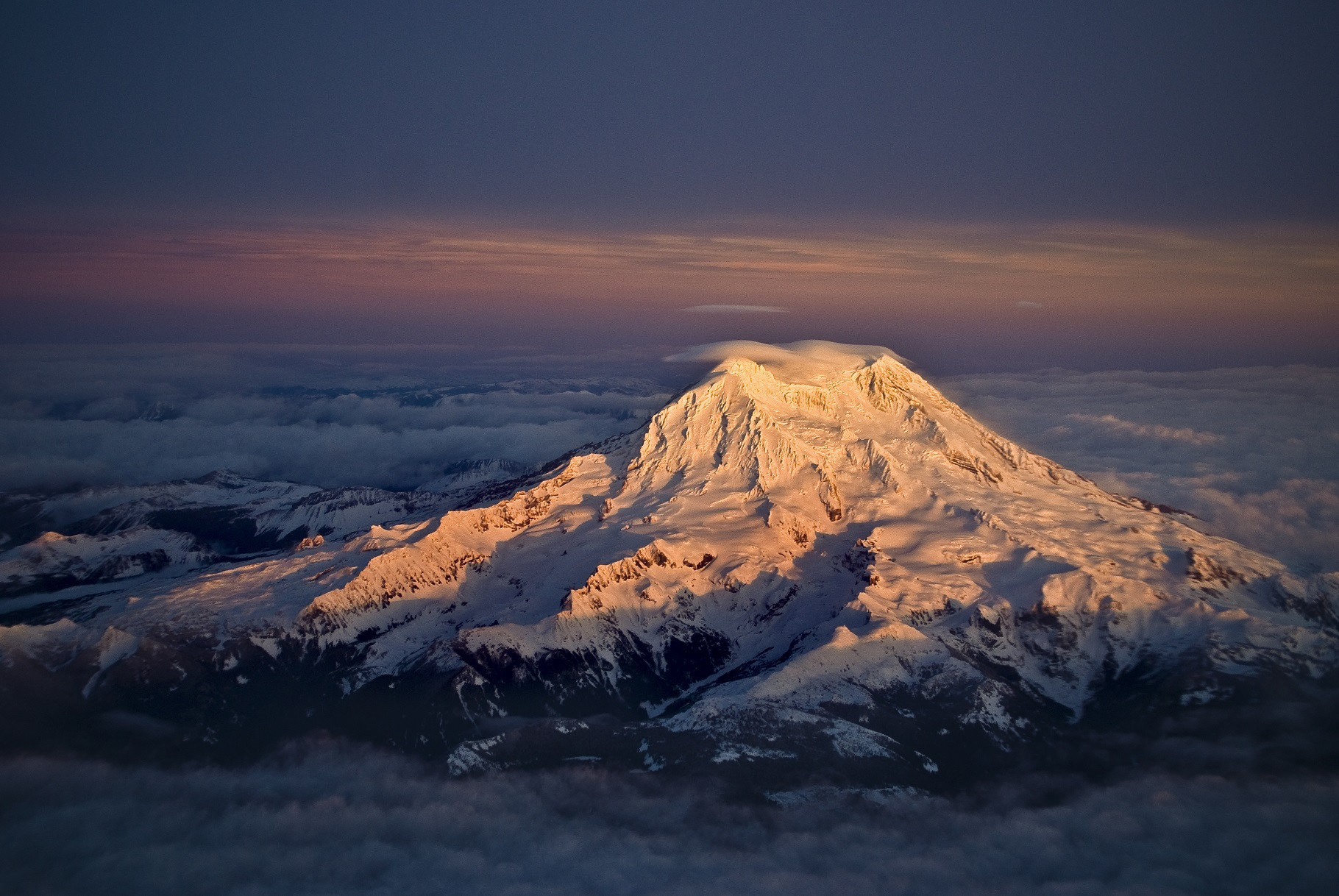 “Mount Rainier at Sunset” by -rabid- (Via Imgur. Click to see full size.)

At 14,410 feet, ice-capped Mount Rainier is easily Washington’s most iconic natural feature and the lower 48 United States’ most glaciated mountain, despite being an active volcano. Thanks to skill, and as -rabid- would say, a lot of luck, the creator of “Mount Rainier at Sunset” was able to view and photograph the famous peak from the sky during an evening commercial flight to Seattle, right at golden hour.

“I’m Australian. Lucky for me, I married a Seattle girl, otherwise I would probably never have gone there,” -rabid- explained. “I was on the correct side of the plane, without a wing in the way, and I just happened to be carrying my camera because I had no room left in my carry-on. Pure luck.”

A hobbyist photographer only, -rabid- has expressed that he has no plans of ever selling his serendipitous shot and he has even posted a high-res version for viewers who feel inspired to utilize the image as desktop wallpaper. And for those seeking to capture similarly epic images through often smudgy and distorted airplane windows, -rabid- offers the following advice:

“Find the cleanest spot on the window and get your lens as close to it as possible. The closer your lens is to a window, the less distortion you get in the image. In this case, I had my lens practically touching the window.”