Interesting Photo of the Day: Northern Lights Over the Yukon

Nature has so many stunning tricks up her sleeve. Photographer Ian Harland came across one of those tricks, the Northern Lights, and captured this one of a kind scene on camera: 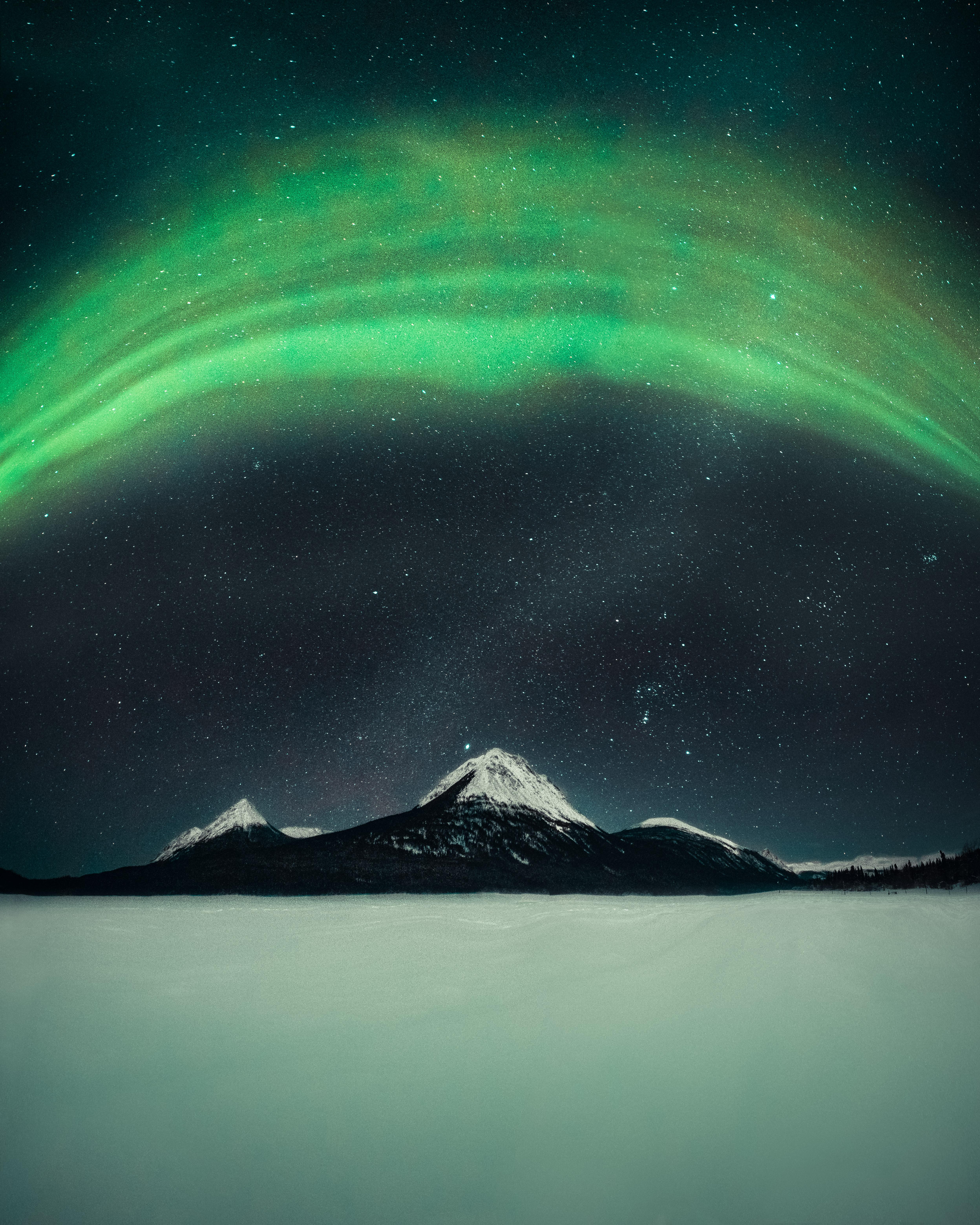 Harland took the image in Whitehorse, Yukon, Canada when he was actively in search of Aurora Borealis. He then took a 15 second exposure of the first Northern Lights that he came across and ended up getting this beautiful image.

“After almost a week of trying, I saw what appeared to be a hazy green cloud in the distance. I set my camera to take a long exposure and after the 15 second shutter was over, the Northern Lights appeared in my cameras LCD.”

While Mother Nature has done her best in presenting a beautiful scene, Harland, too, put in some effort to capture the Northern Lights beautifully. Having shot the image from the middle of a frozen lake, Harland has made the best of the icy surface by keeping it in the foreground. And while the mountain is standing tall in the middle-ground, the arched Northern Lights with the view of the deep sky makes for a fantastic background.