This amazing shot of the rising moon and the stunning spectacle that is our Milky Way was taken at Woodend Beach in Christchurch, New Zealand, just 20 minutes from where the photographer, Ekant Veer, lives: 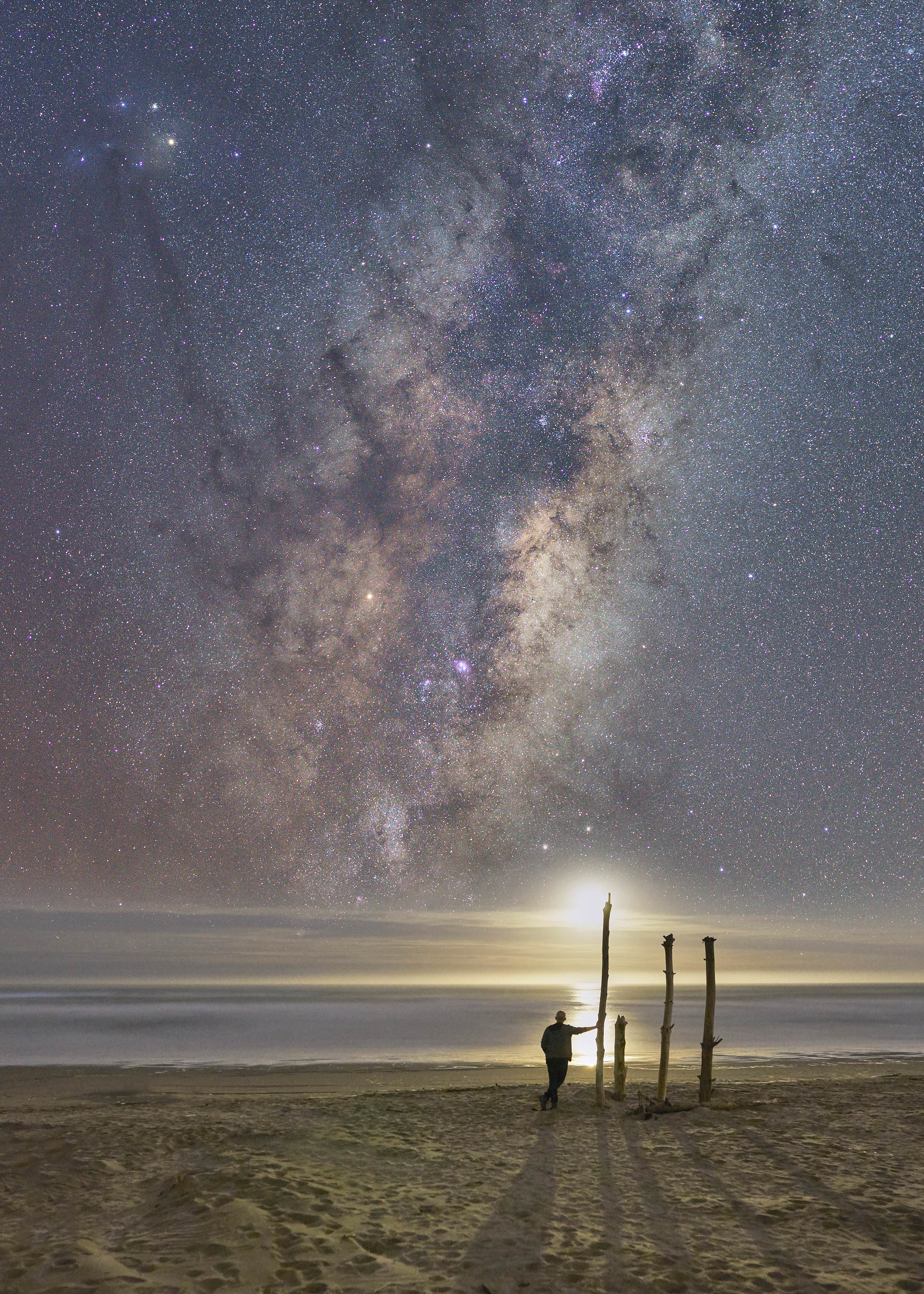 The 12 exposures are of 12 different parts of the sky. Three shots were taken horizontally and four were taken vertically. Veer then stitched all the individual shots together the same way you would normally stitch a panorama series.

Veer suggests that this allows you to concentrate each exposure for the part of the sky that is in the frame, especially when there is a bright light source in the scene, like the moon, which can overexpose the image. Another advantage of this is that the final image is pretty large (about 16000 x 10000 pixels). This allowed him to scale down the image and in the process eliminate a majority of the noise.