Interesting Photo of the Day: Neowise with Northern Lights

When we refer to a shot that’s taken in a decisive moment, we usually say that it’s a “once in a lifetime” type of shot. In life, there are certain events that truly occur once in a lifetime. Take for instance the appearance of comet Neowise. It has an orbital period of 6,766 years which means that we will not be around to witness its next appearance. Photographer Herry was lucky enough to have a magical sky with the Northern Lights and comet Neowise together in one frame. And the shot that he came up with is truly phenomenal: 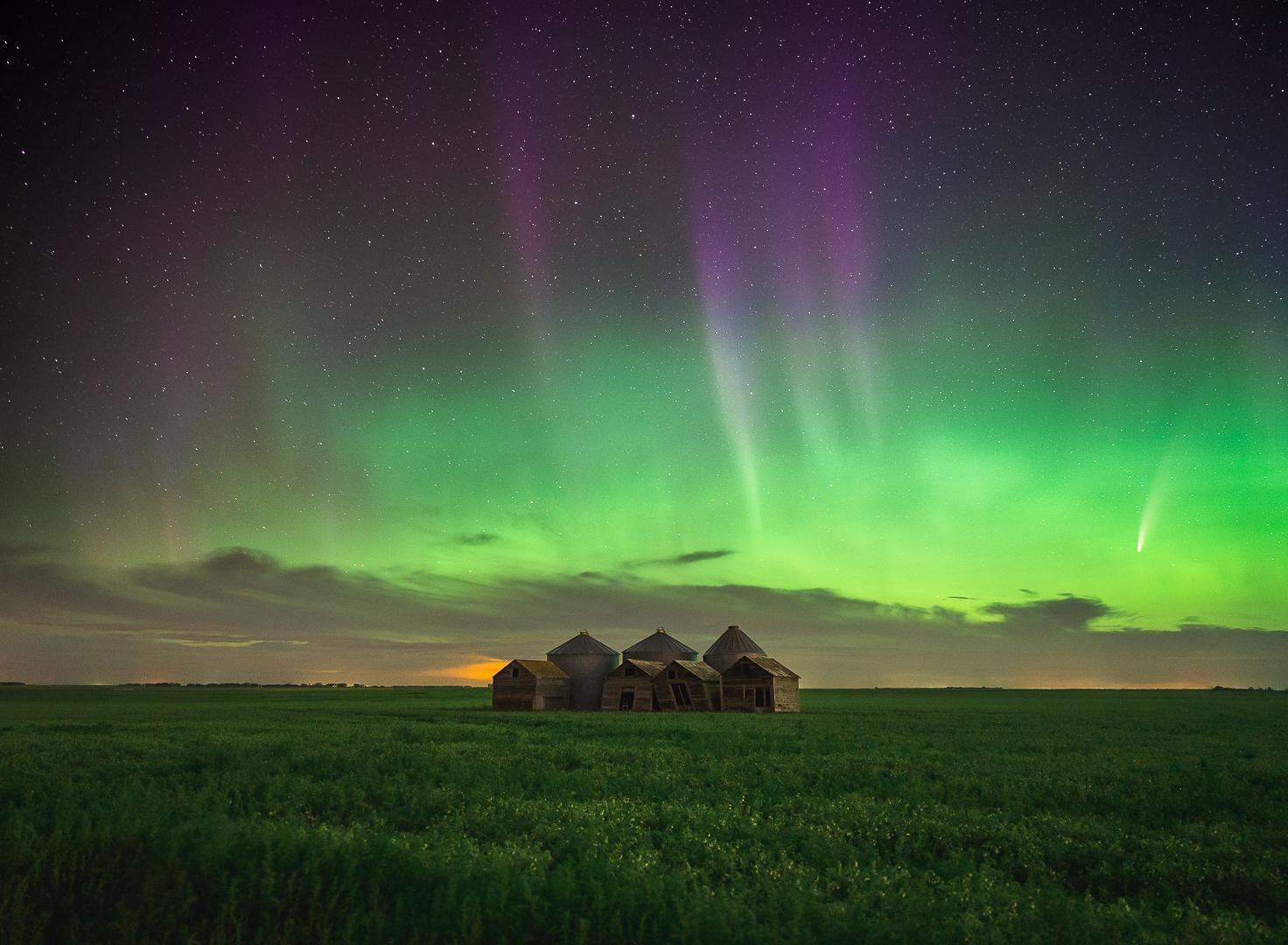 Everything about this image is super striking. What immediately captures your attention is a mystical sky showing off the beautiful Northern Lights. The eye-catching mix of yellows, greens, and purples give such a vibrant look to the image. Further, the comet on the right is like the cherry on the top and adds to the supernatural vibe in the image.

Herry’s choice of including the grain bins and the barns in the center is indeed a fantastic choice. It adds a human touch to the image which otherwise purely appears godly.

Hats off to Herry for capturing this masterpiece of a once in a lifetime event! Did you get a chance to observe comet Neowise?