In Hindu mythology, gods and goddesses are believed to reside in the most uncommon places. They are portrayed as living atop of mountains, under the sea, up in the sky and in other godly places. This represented their divine power, their ability to survive in environments where mortals would find it impossible to settle down. This is also one of the reasons why you’ll see a lot of Hindu temples in remote places. Reaching the site itself is an adventure. Photographer Adrian Bateman took the following image of one such Hindu temple in Indonesia and the image beautifully gives a sense of this whole concept: 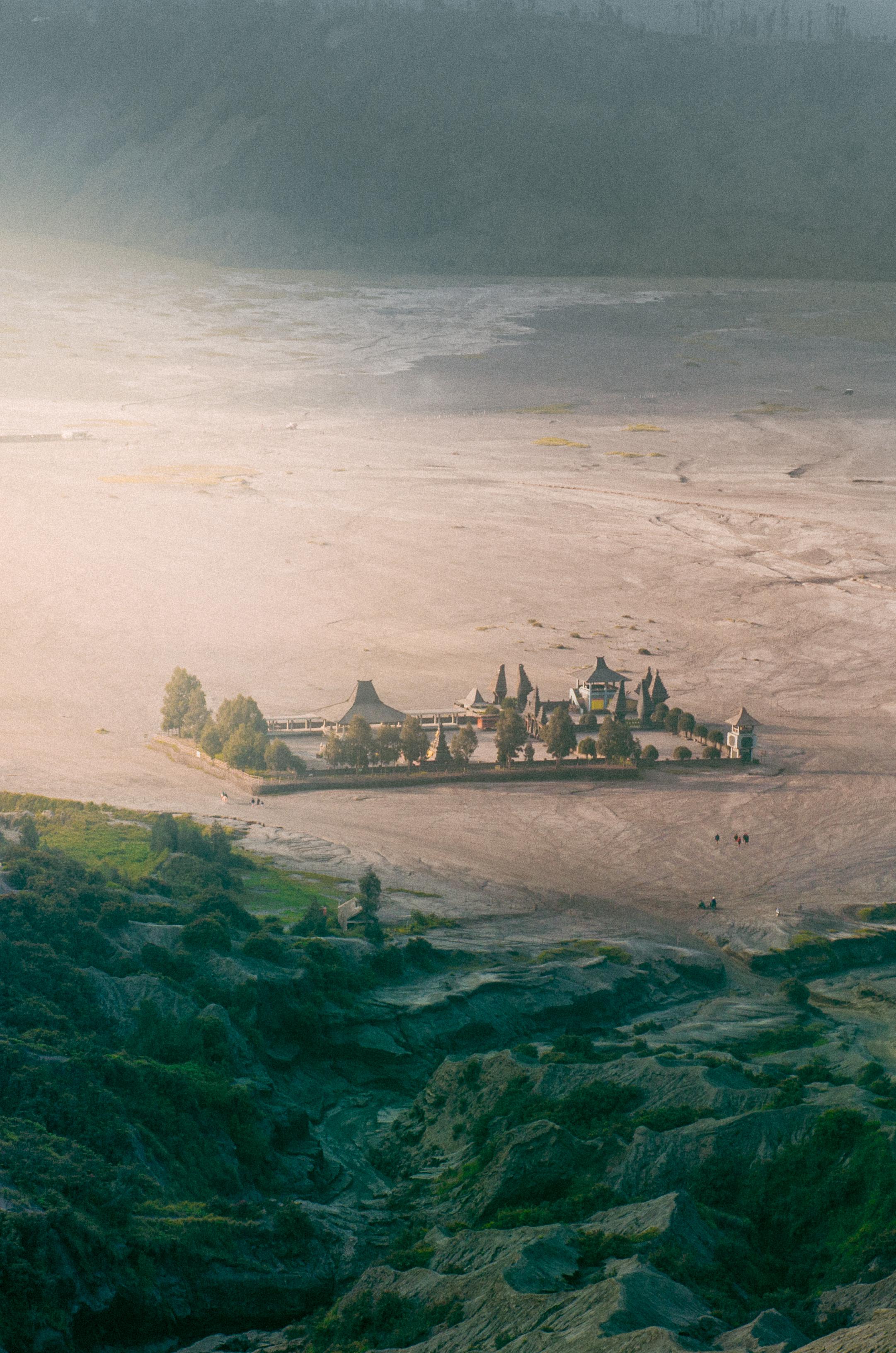 “A Temple at the Base of an Active Volcano” by Adrian Bateman (Via Reddit. Click image to see full size.)

Bateman shot the image on a Pentax K50. That’s a digital camera—however, the analog aesthetic of the image might indicate otherwise. Bateman achieved this effect in post, as he didn’t quite like the “digital look”.

“I’ve been softening the images quite a bit to get rid of that digital, overly sharp look.”

One interesting thing about this location is that the temple is located right at the base of an active volcano. Imagine what an adventure it must be to visit this beautiful place. The interesting rocky landscape in the foreground also gives a sense of the trek it takes to reach. The photographer has also done an excellent job of portraying the barren background, which contrasts the green and uneven foreground. This really makes us wonder how the location must appear in reality.

Wouldn’t you love to visit this temple? We’re sure you would.