Interesting Photo of the Day: Mirror in a Salt Flat

Australian photographer Murray Fredericks is known for his breathtaking images of Lake Eyre, an expansive salt lake in the South Australian Outback. About every eight years, the normally dry basin fills with salt water, creating a mirror-like effect with the sky so that on calm days it’s hard to tell where they even separate. Fredericks has been shooting the landscape of Lake Eyre for nearly two decades and when the water is shallow enough, he takes pictures of the vast, beautiful scenery with a mirror he drags out into the lake: 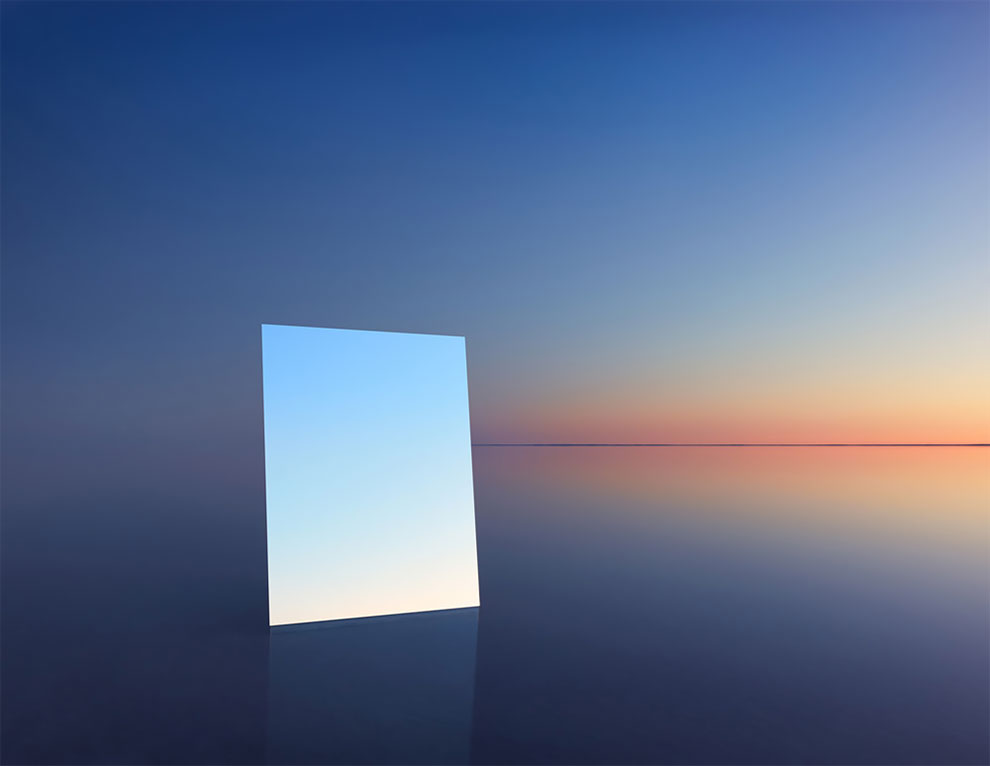 Fredericks created his “Salt” series, which captured the serene and expansive landscapes around the salt flat. But with this one he took it one step further with “Vanity” and introduced a mirror into the landscape. As he says,

“Rather than reflecting our own image, the mirror is positioned to draw our gaze away from ourselves and into the environment, encouraging us to engage with light, colour and space.”