Interesting Photo of the Day: Milky Way Over Cathedral Peak

It’s fascinating to see the sheer number of marvelous natural jewels that Yosemite National Park contains. One of many marvels is Cathedral Peak. As you might have guessed, it gets its name from the cathedral-shaped peak. But did you know that the peak was formed by glacial activity? Studies have shown that the Cathedral Peak remained uneroded above the glaciers in the Pleistocene Epoch.

Landscape photographer RJ Franklin has captured this stunning image of the fabulous peak by aligning it with the Milky Way, which takes us even further back in time: 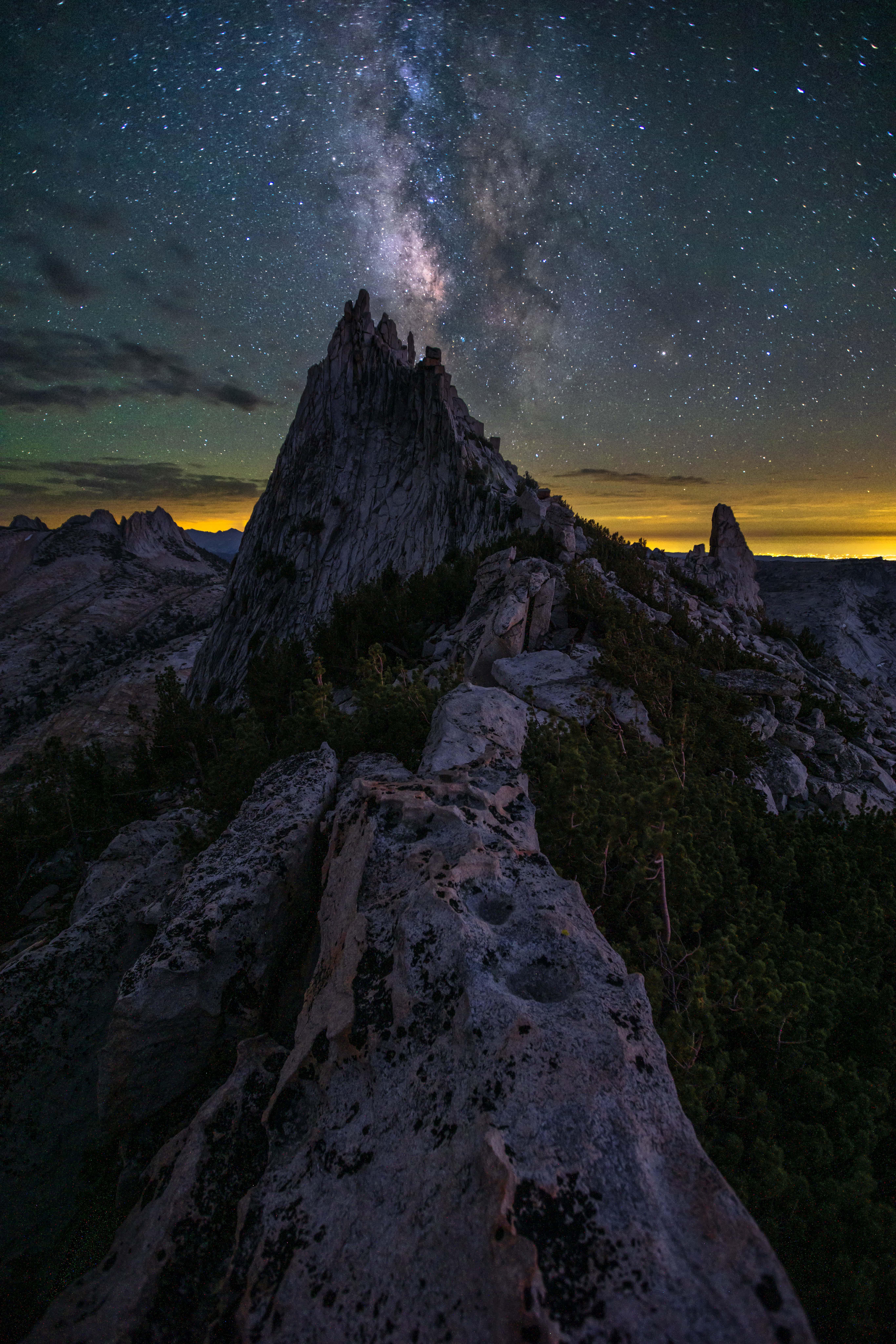 The image is actually a blend of two exposures—one for the foreground and the other for the sky.

“I tried to capture this last year but smoke from nearby fires blocked the entire vista.”

The angle from which he has shot this image illustrates the clear reason behind the peak’s name. Moreover, by juxtapositioning the peak with the Milky Way in the background, he’s created this look of a mountain spitting out stars. In fact, this is exactly what was in his mind when taking the photo and he’s executed it brilliantly.

It’s also fantastic how he’s used the trail and the boulders in the foreground. They work together to form a natural leading line drawing us right to the peak and the Milky Way. Just fantastic!

And don’t get fooled into thinking that the image was taken right after sunset by looking at the horizon. As Franklin clarifies, those are lights from the nearby cities.

Have you been lucky enough to observe and photograph the Milky Way from Yosemite? You can share your experience in the comments.