Interesting Photo of the Day: Milky Way from Santa Cruz

Due to the relative motion between the Earth and the core of the Milky Way, we cannot always get a perfect view of the majestic night sky. It’s between March to October that the core comes out prominently. This year, October’s new moon was one of the best times to catch a view of the magnificent beauty. And photographer Jake Messner was in no mood to let it pass without photographing it. So he headed out to explore some beaches near Santa Cruz, California, and was able to capture the following beauty: 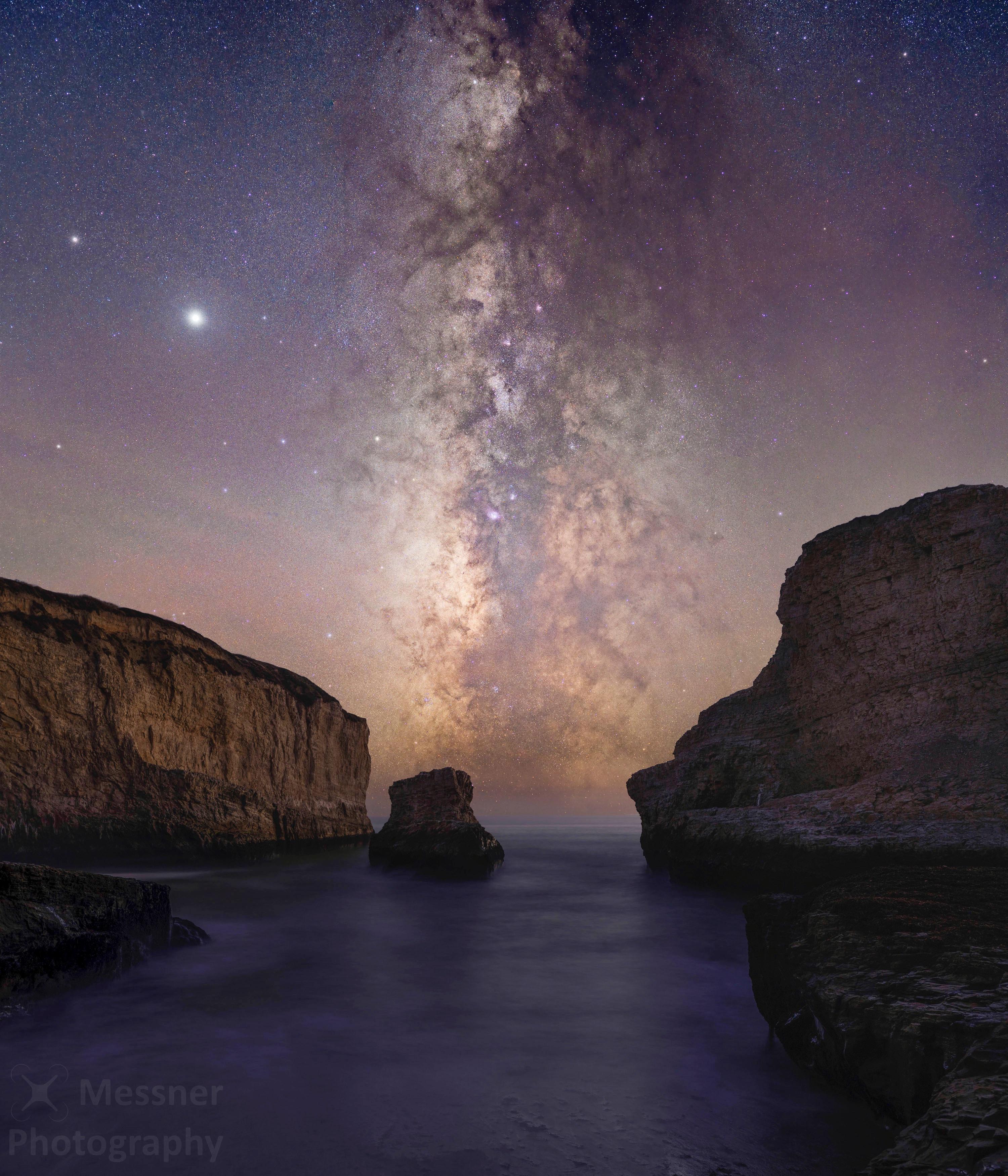 This is a nine-image panorama that he shot using a Sony A7III with a Sigma Art 50mm lens and a startracker. He shot 90-second exposures for each frame of the Milky Way at f/2.2 and ISO 500. And for the foreground, he shot a 20-second exposure at f/3.5 and ISO 100. Since he took the image right after twilight, we can see some illumination from the recently set sun on the landscape.

It’s fantastic how dense and bright the core appears to be in the image. Messner has done an absolutely great job in finding the right composition. It’s clever how he used the two rocky structures to frame the gigantic Milky Way core. Also, looking at the way the core seems to meet the Pacific far into the horizon, we can analyze the image in two ways: either the stars are being poured into the ocean, or being pulled out of it. Which would you like to believe?