The best part about adding to a beautiful landscape is placing a figure in it to show scale or draw the viewer’s attention to a spot in the photograph. In this case, the cave explorer wears a crimson red jacket in stark contrast to the cool blue and dark navy colors filling the space around him. The placement adds emphasis to the cave entrance and draws the viewer’s eyes from the vignette corners to the focal point: 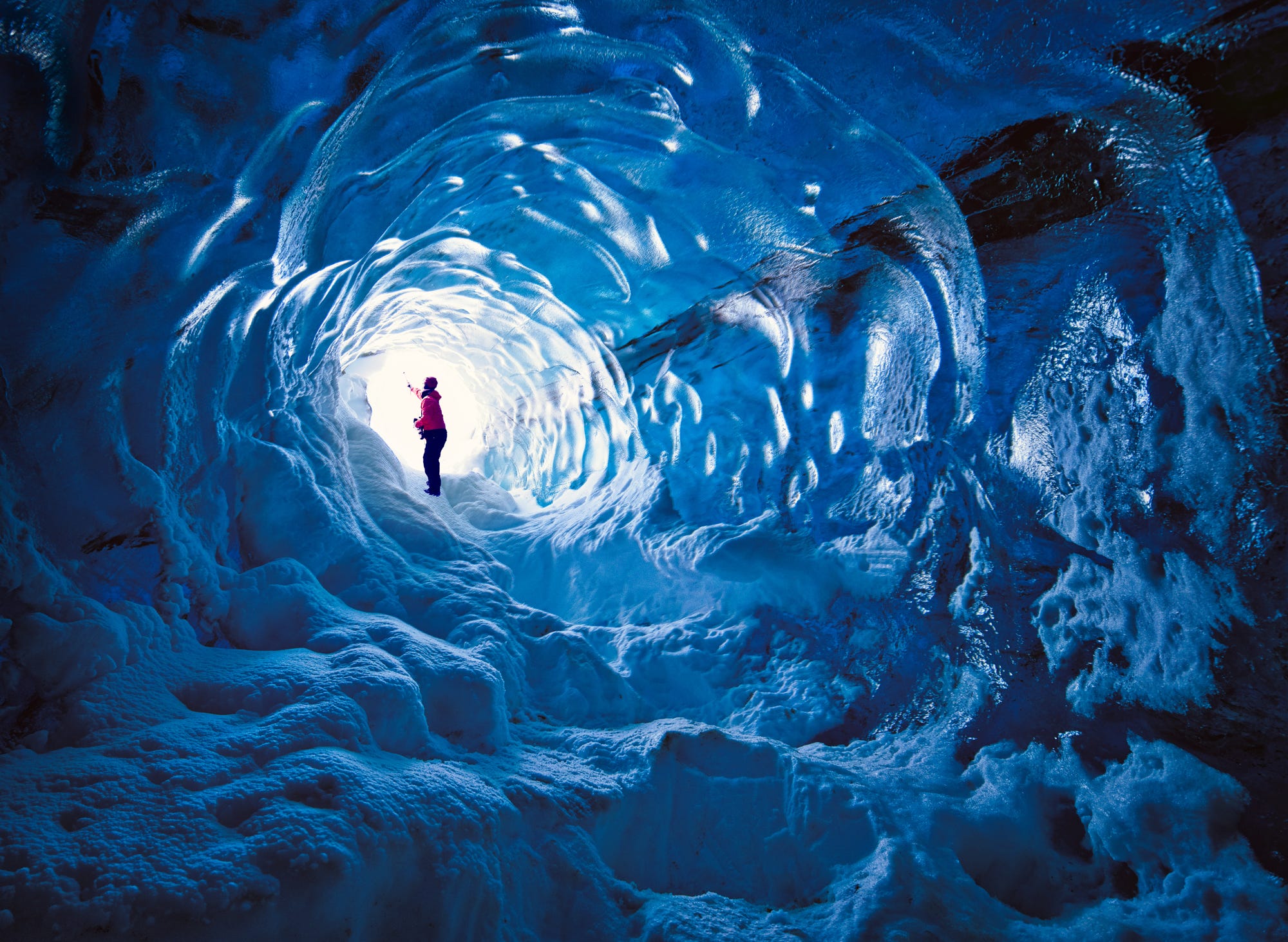 Photographer William Yu captured this image in Vatnajökull National Park in Iceland. The stunning detail of the walls and ground shows the incredible change that this cave has been through over the years. It all seems to spiral in a vortex toward the vanishing point, which has been reduced to a glare from the beaming sun just outside. The ocean blue colors add to the effect that a giant wave froze while it was breaking above the person shown in this photograph.