No photographer will every tell you that they’re tired of photographing sunsets. The moment is like a magic show where Mother Nature pulls out new tricks every time. Depending on the weather conditions, you’ll feel like the sunset looks different every time you see it. Photographer Tanmay Sapkal took the following image during sunset at DeMartin Beach: 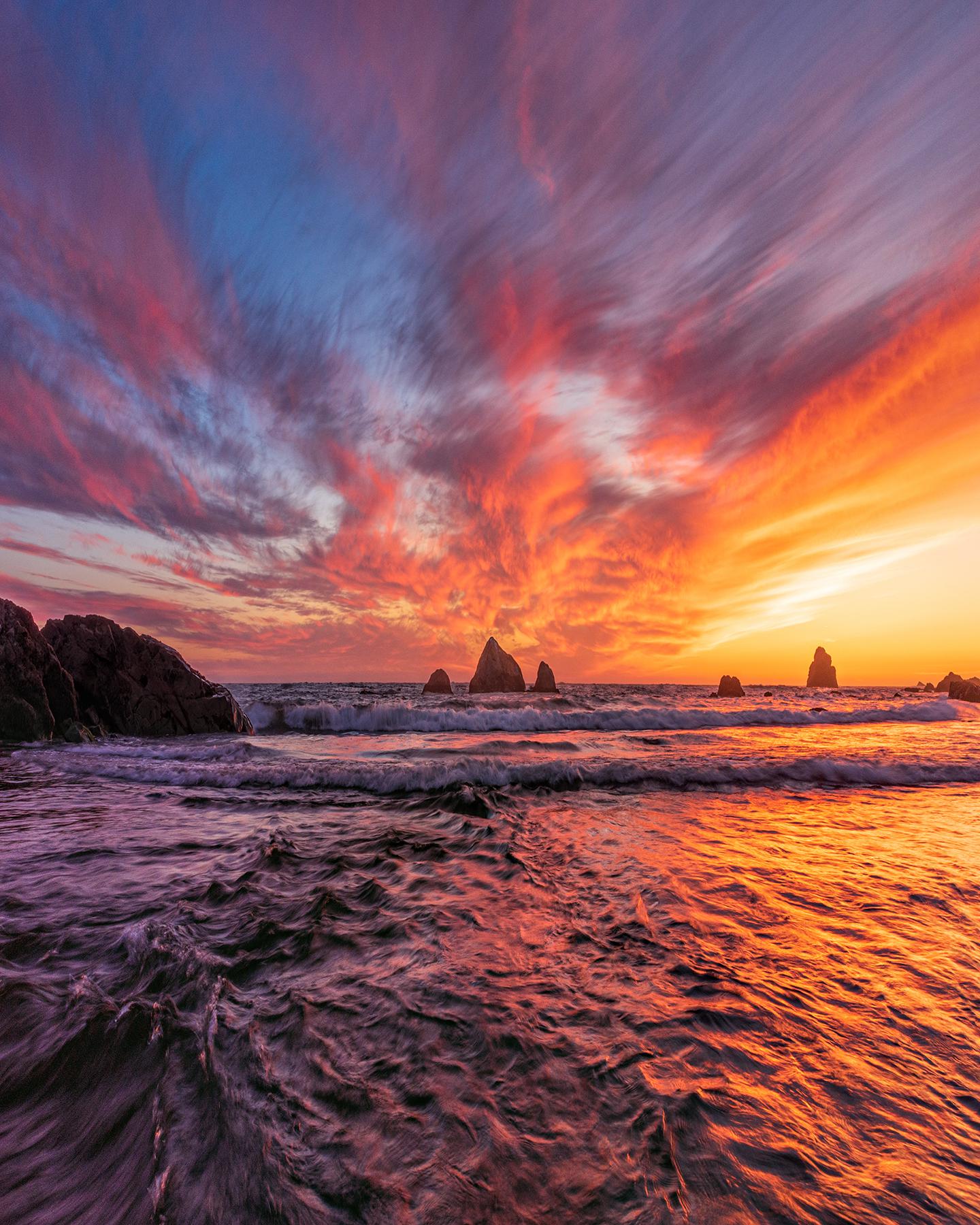 Shooting at a narrow aperture of f/18 allowed Sapkal to take the photo using a slow shutter speed without having to use any kind of filter. This has captured some motion of the water giving a dynamic feel to the image.

Another interesting aspect of this image definitely has to be the intensity with which the sunset is being reflected on the turbulent water of the Pacific Ocean. It’s like the fire in the sky has trickled down on to the ocean.