Interesting Photo of the Day: Between Two Worlds at Night

A starry sky or Milky Way composition can be time consuming and subjects the photographer to the outside elements. Some photographers camp out for hours waiting for the right shot and exposure. Some capture the foreground at sunset and wait for the peak visibility of the night sky hours later. They often use a star tracker to avoid the motion blur of the orbiting Earth: 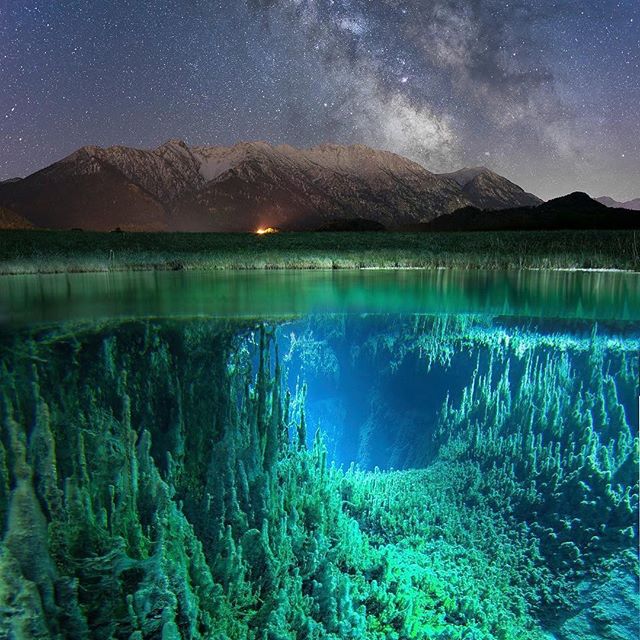 Photographer Johannes Holzer captured this remarkable image of the Milky Way above mountains from an over- and underwater perspective. He picked up star tracking as a hobby less than a year ago. For his shots, Holzer usually captures a long foreground exposure of at least 300 seconds. The sky is done with a star tracker so that it can be exposed for the same amount of time. His underwater shot is done using a waterproof case on his Sony A7r with the help of a light he places in the water. In order to wait patiently for the right shot, he had to endure the cold. Sometimes, that’s part of photographing difficult, adapting subjects.