Bees are considered to be one of the hardest workforces in nature. So much that we rarely see them taking a break. But they are living creatures after all and are bound to rest at some point. Unlike most of us, photographer Martin Galli got lucky as he happened to capture not one, but four bees taking a break inside a single flower: 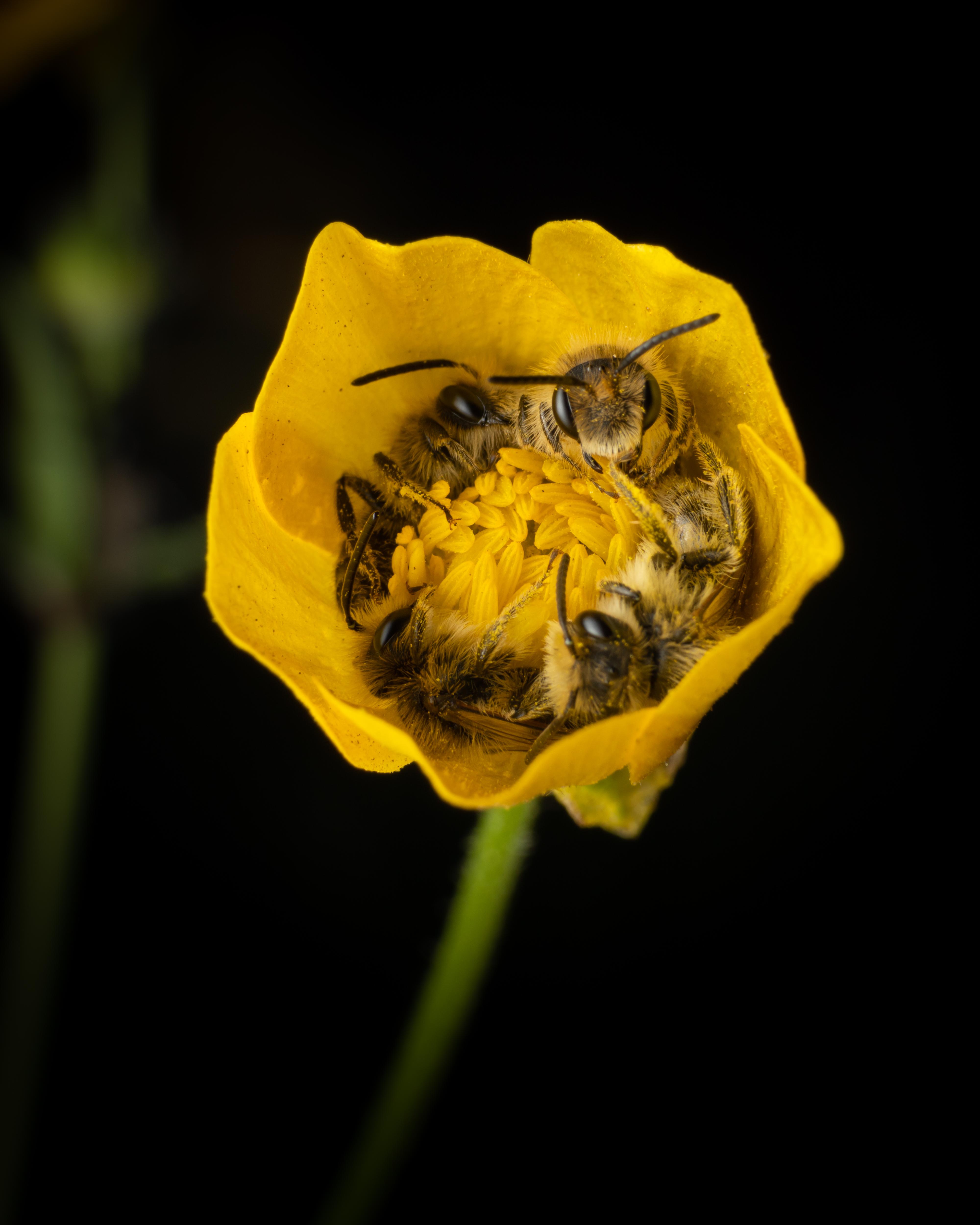 Galli took the image with his Canon M50 with his 15-45mm kit lens using extension tubes. He’s really nailed the exposure and processing in this one as the bright yellow flower stands apart perfectly from the dark background. Also, the catchlight from his flash adds in a sense of life to this already beautiful image. But the most satisfying part of this image is how the four bees curled up perfectly inside the petals in a circular fashion. It looks quite cozy in there.

Lastly, it’s interesting that one of the bees seems to be looking directly at the camera. It’s almost like he’s taking his turn to be on the lookout while the others take a break.