Many photographers believe that capturing landscapes only works when the sun is hanging low on the horizon. Well, sure, shooting during the golden hour is great—it makes the landscapes appear magical and makes your work a whole lot easier. But don’t let this keep you from shooting during the afternoon, when the sun is high. If you want to develop your skills as a photographer, getting results in diverse scenarios is what matters most. The following image by landscape photographer Rob Phillips is a beautiful example of this concept: 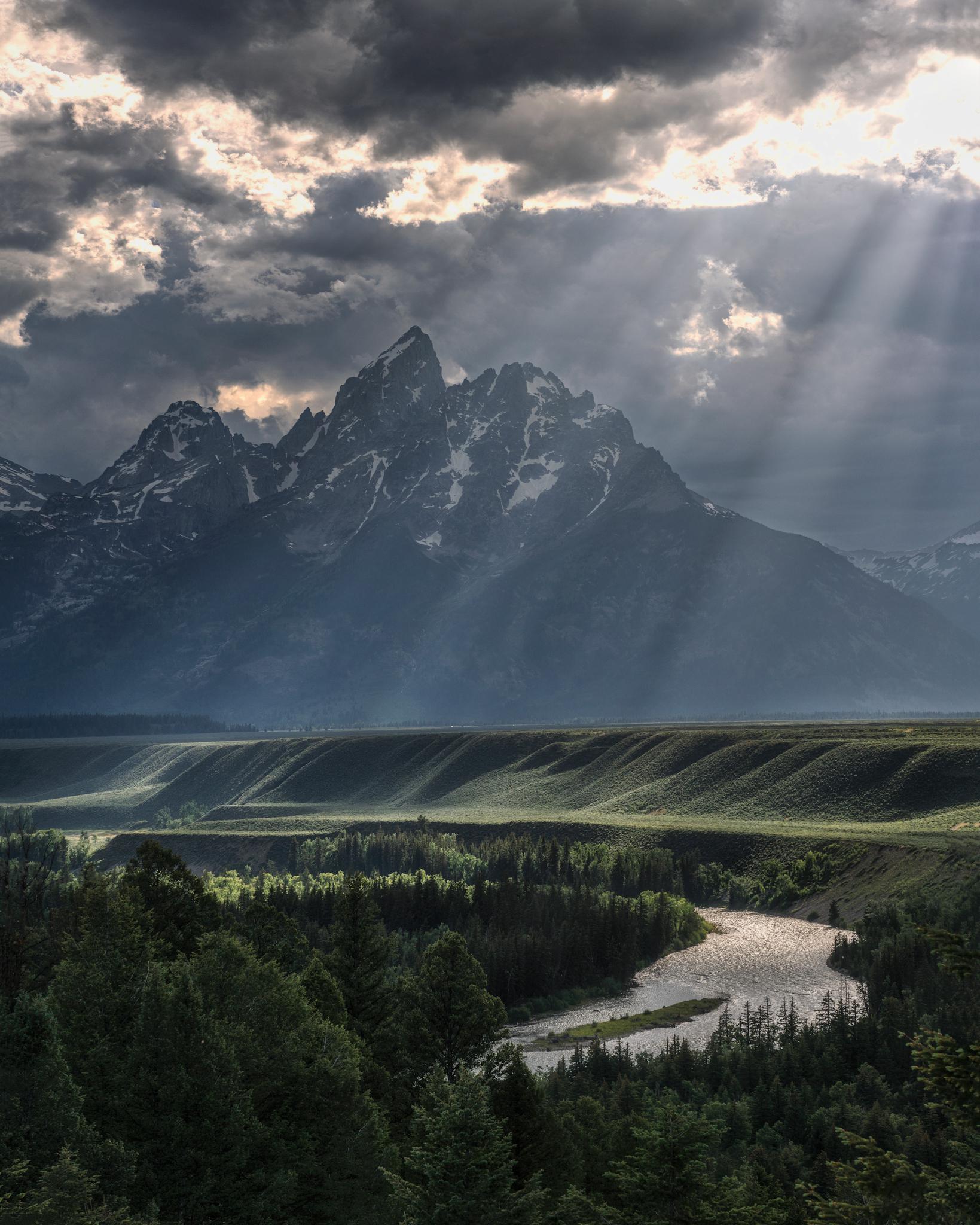 “Afternoon Rays in Grand Teton and the Snake River” by Rob Phillips (Via Reddit. Click image to see full size.)

“I’ve always struggled to grab an interesting shot from Snake River Overlook in Grand Teton so it’s fitting that the one I like the most from the last trip is a non-golden hour image.”

Phillips shot the image on a Sony A7RIII with a Sony 24-105mm f/4 lens at 73mm, f/11, 1/400th of a second and ISO 50. He shot it at the Grand Teton National Park in Wyoming. The image features the Teton range in the background and the Snake River in the foreground. If you’re feeling like you’ve seen this image somewhere before, you could be recalling “The Tetons and the Snake River,” one of the best-known and critically acclaimed works of famed landscape photographer Ansel Adams.

We can clearly make out that the clouds are playing a crucial role in making the image work. The sun rays tearing their way through the scattered clouds add a dreamy look, and the way the river and the landscape in the midground are highlighted with patches of light adds further interest. In fact, those light patches draw our eyes from the beginning, starting from the river right towards the mountains.

Did this image remind you of Ansel Adams? Or is it bursting with originality? Let us know in the comments.

One response to “Interesting Photo of the Day: Afternoon Rays of Light”

The Role of Focal Length in Creating a Visual Signature