Interesting Photo of the Day: An Absolutely Terrifying Volcanic Thunderstorm

Many professional photographers never get the opportunity to document a volcanic eruption. “If only,” the bereft say, ranking the experience with other difficult (and dangerous) feats like photographing a triple lightning strike over Chicago or a panorama of the Southern Lights.

Some creatives find pacification in shooting starcanos, but not landscape photographer Marco Restivo. He’s spent the last few years of his career tracking with Mount Etna’s eruptions in Catania, Italy. Take a look at one of his latest photos: 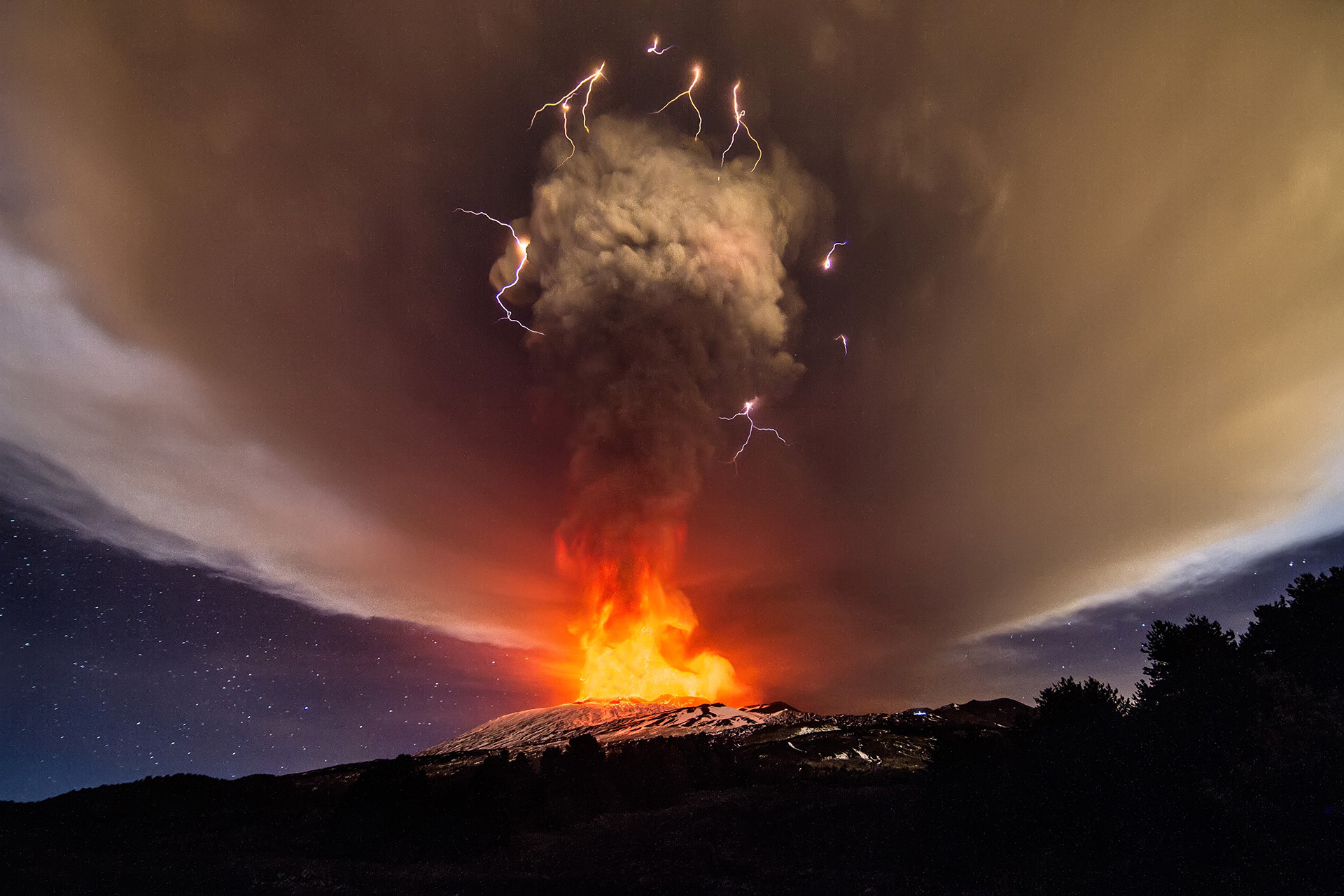 Volcanic eruptions accompanied by lightning are known in the scientific and photographic communities as “dirty thunderstorms.” The lightning is created when dust, ash, rock fragments, and other tiny particles thrust into the atmosphere during volcanic explosions collide and generate static electricity, just like ice crystals in thunderclouds.

Restivo created the image by combining a series of five photographs captured with an 11-16mm lens during Mount Etna’s most recent eruption on December 3, 2015. According to Restivo, these explosions mark Etna’s Voraigne Crater’s first eruptive activity since 2013.