When you think outside the box, simple ideas come together to form a great idea. And when you put in some genuine effort, the result is magnificent. Photographer Frankie Sutera‘s idea to take a long exposure image while flying a drone around in circles resulted in an amazing photograph: 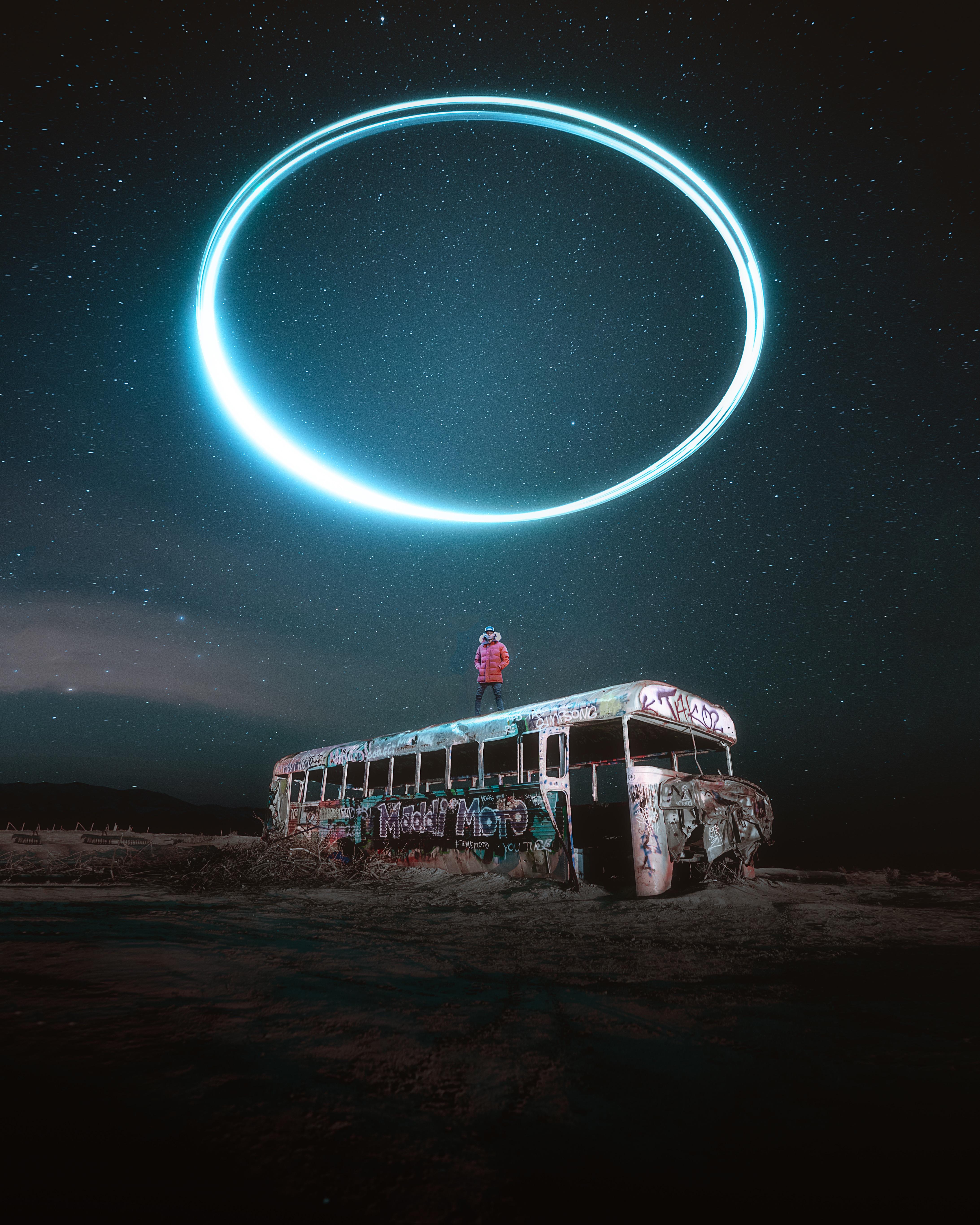 Sutera took a 20-second long exposure while the drone was continuously circling around. And as he took a sequence of photos, he had one image wherein the person was incredibly still. He then stacked the images to get the resulting image. The stars and the drone are from the same exposure.

To achieve the bright lights from his drone, Sutera attached a Lume Cube light to his Mavic Pro. However, he suggests that you be careful when using the mounts as they caused his drone to crash shortly after the shoot; the mount popped up causing the blades to clip it.

What’s most interesting about the image is definitely the halo effect. But just think of the skills of the pilot. Hats off to him for maintaining a nearly perfect circular flight path.