Living next to Florida’s Space Coast, John Kraus has set a daily photo challenge for himself. The 17-year-old has a passion for rocket launch photography and is committed to maintaining his reputation as an inspiring photographer. His hard work and dedication paid off when one of his incredible launch photos was chosen to decorate the United Launch Alliance Headquarters in Colorado: 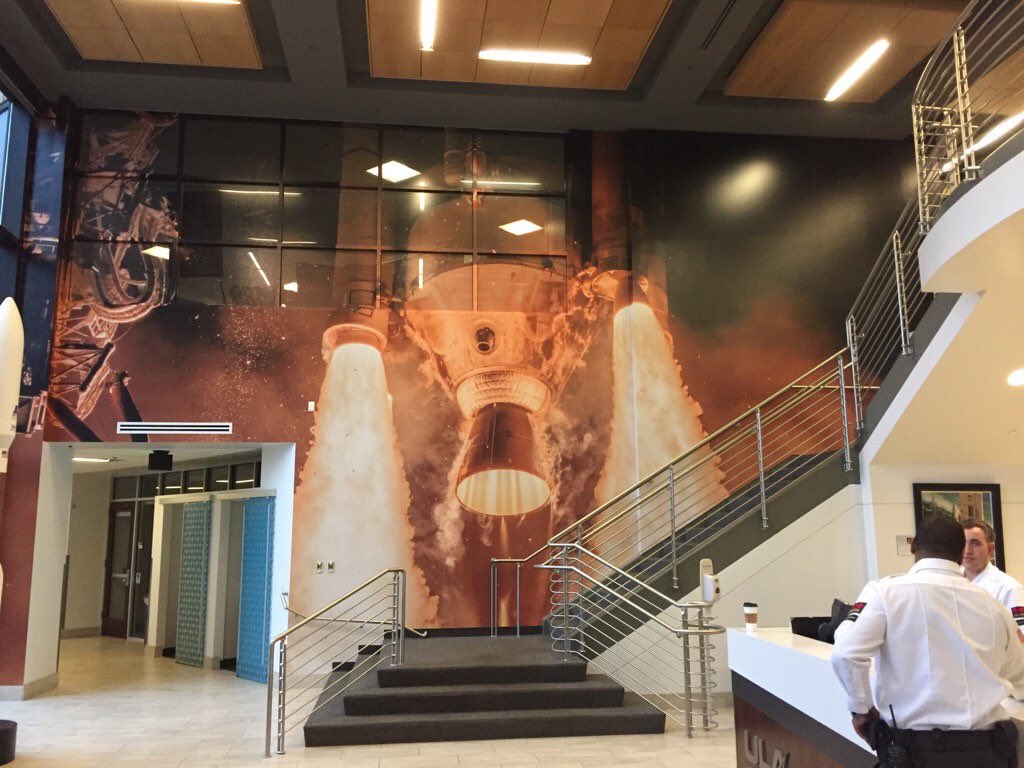 Having the photo displayed was a huge payoff. Especially since passion comes at a price—one of Kraus’s lenses was damaged by the rocket’s acidic exhaust 45 yards from the launch. He recommends a few precautionary measures.

Plastic bags! That’s one secret you’ve probably never heard. It’s the cheapest way to protect your camera and lens around launch pads. Kraus also makes sure his tripod is staked into the ground to prevent the camera from shaking during launch. He tapes down the focus and zoom rings so he can get stable and clear results.

The original photo of the Delta IV Medium+ (5,4) launch of Air Force WGS-9 Satellite caught the attention of the CEO of United Launch Alliance:

CEO and president of United Launch Alliance, Tory Bruno contacted Kraus and proposed the idea of purchasing his image as a large mural in their lobby. Kraus waited for the initial renders to be processed because he had no idea how large the image was going to be. It was one of his finest achievements, and he plans on seeing it in person soon.

One response to “Interesting Photo of the Day: Rocket Launch Wall Print”